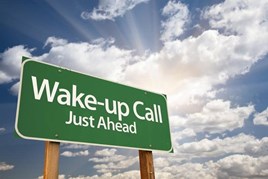 Europe’s motor trade body CECRA has issued a “wake up call” to any franchised dealers who’re still ignoring the rapid changes in the sector that will hurt their profitability.

And it has repeated the wake up call to manufacturers who still expect their franchisees to invest millions in old-fashioned showroom standards updates while the consumer is doing more and more online.

CECRA has done so following a study which suggested dealers who fail to act and keep up with consumer habits could suffer a -5.6ppt average return on sales (RoS) and will not survive.

The study also suggested that even dealers which embrace new ways of working and reinvent their business model will endure average profitability barely above breakeven (0.2% RoS) in the future, unless they improve their efficiency and are relieved of some of the onerous standards implemented by carmakers.

CECRA commissioned McKinsey & Co to research the likely impact of threats such as an increase in new third party entrants in the new car, used car and aftersales.

These are seen as the largest disruptor to dealer profitability, but digitalisation, manufacturer direct sales and connected cars will also play a part in harming the current franchised dealer business model.

The scenario represents a drop in dealers’ new car sales of 20%, a 5% drop in used car revenues, and -2% to -3% falls in average transaction prices so squeezed margins.

McKinsey believes strong dealers will be able to lever up their profitability, however. “Dealer business can still be highly profitable, particularly for those that excel,” said Thomas Furcher of McKinsey.

Antje Woltermann, chair of CECRA’s European Car Dealers group, told AM: “There is a message to manufacturers. Many dealers have invested, and there will be more in the next three to four years.

“But we want to say that investments in the future of the dealership might be good but dealer councils must talk with the manufacturer much more than they have in the past about their future role and the investments that have to be made.

“One of our targets is to get manufacturers to rethink their standards, but that has to be something which comes from the dealer councils, because if they don’t the manufacturers think everything is fine.

“So it’s for the dealer councils to show to manufacturers that investments are fine but let’s rethink the kind of investments.

“Perhaps it’s better to invest in business intelligence systems and software and not new tiles and furniture.”

Wolkermann, who also serves on the Hyundai national council in Germany, conceded that some dealer councils are stronger than others, and some struggle to truly win the ear of their national sales company. She said CECRA is willing to support each council in their discussions with the brands at the European level.

A CECRA meeting on the issue is planned for November, and dealer councils will be encouraged to start discussions as soon as possible.

The fear is that too many dealers are so focused on the quarter and the year that they are not spending enough time on the changes happening now and in the years ahead. They need to consider how they reinvent the business model, said Jean-Charles Herrenschmidt, president of CECRA and co-director of multi-franchised dealer group Metin in France.

Bernard Lycke, director general of CECRA, told AM he wasn’t convinced that all manufacturer brands themselves were prepared for the new challenges.