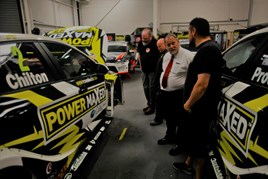 Bodyshop and workshop technicians from the dealership met race engineers at the factory in Warwickshire to discover the differences between the two worlds.

This year is the first time since the early 2000s that Vauxhall have been represented as a manufacturer in touring cars, with the Astra VXR being used in the Power Maxed Racing.

Evans Halshaw Vauxhall Wolverhampton dealer principal Ben Vale said: “It was fascinating to see how our worlds are so similar, yet so far apart. It was clear that everyone at Power Maxed absolutely loved what they did and were proud to show us exactly what they did and how they did it.

As part of their behind the scenes tour, the Evans Halshaw team were given the opportunity to see the work that goes into all stages of building cars for the championships, and discover the differences between road cars and race cars.

The team saw the 2017 Vauxhall BTTC Astras, both in complete form and as a shell, as well as Tom Chilton’s podium winning Astra and the #18 car, usually piloted by 18-year-old driver Senna Proctor.

Taking out the engine of the #18, the group were impressed by the flawlessly designed system, which thanks to clever engineering, allows the engine to be removed, components replaced, and put back into the car in under 90 minutes.

A tour of the Sub Assembly area demonstrated some of the machinery used in the development of the touring cars, including a shock dynometer, one of just a handful in the UK, and a HEL braided brake hose machine. All of the machinery gives the team an edge, with every detail thought out to help shave thousandths of a second off racing times. 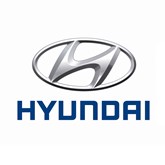