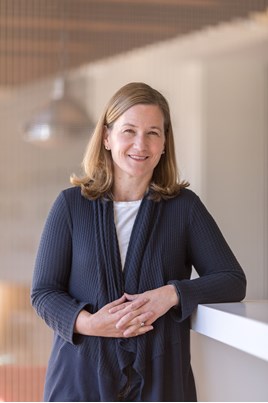 The internet is helping change the practices of car retailers and raise the reputation of the sector, according to car dealers themselves.

Research by CarGurus found that just under half (47 per cent) of the UK’s car dealers said the internet has had a wholly positive impact on the used car market.

Plus 59% said the internet was helping to eliminate rogue dealers and 90% stated that consumers could now compare prices more easily.

CarGurus is a US car shopping site that launched in the UK last year.

The site marks its first anniversary in the UK this month and has released the results of a survey of 250 franchised and independent car dealers, which found that the profession broadly welcomes the way the internet has revolutionised the used car market and has improved the image of the industry.

One car dealer said: “I have been (selling cars) for 30 years so I have encountered everything.

“Now the customers know what model, the mileage and spec they want, they are more informed.

“Rogue traders are flagged up now. I think people would rather go to somewhere that is established.”

Car dealers were also effusive about the way that online market information had expanded consumer choice which in turn is altering buyer’s behaviour.

Eighty-four per cent said more choice meant that customers are now willing to travel much further to secure a good deal for the vehicle they want.

A similarly high proportion (76%) believe that clients are now more decisive and make buying decisions more quickly once on the forecourt.

A dealer in Gloucestershire said: “My furthest customers have come from Shetland and Jersey, we sell cars locally but now because of the internet, a large percentage of our customers come from further afield.

“Last Friday a guy drove for eight hours to get here to get a specific type of Land Rover. It shows how dogged they can be.

“I think the other big thing is the internet, if you get your photos right and do your job correctly, (it) enables people to make a decision even without visiting the dealership.”

Challenges to be overcome

Some dealers had more mixed feelings about the impact of the internet and there are still some challenges to be overcome.

Almost two thirds agreed online research gives many consumers false confidence in thinking they are used car experts even though they might not be.

A further 45% of dealers interviewed said internet research causes many consumers to be too price focussed (i.e. paying less attention to the details/history of the car) and almost half said internet shoppers often misuse or misunderstand information they find online and try to haggle on deals that are simply not comparable.

This can make communication with customers difficult and often leads to frustration for both buyers and sellers.

Another dealer said: “Consumers research the price for the cars but it might be a different model, they’ve just tried to get the price down.

“They are comparing a different spec of car but just going on the price.”

While dealers may have mixed feelings about the impact of the internet, they clearly recognise it as a key marketing channel.

The research found UK dealers surveyed invest on average 72% of their consumer marketing budgets on digital channels (this includes 57% to online classified sites and 15% on other digital platforms including search, banner ads, etc.).

And 70% of dealers said that advertising on digital classified websites drives the greatest return on their marketing investments compared to other channels.

“Car research and shopping is now a digital endeavour for most consumers, and dealerships are learning quickly that they must adapt their businesses if they expect to stay relevant,” said Sarah Welch (pictured), senior vice president at CarGurus.