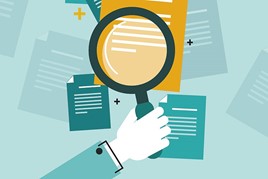 The report by the Financial Conduct  Authority into motor finance  may leave some smaller dealers vulnerable to acquisition if their profit margins suffer following increased scrutiny on commissions.

The FCA review found that ‘difference in charges’ (DiC) motor finance agreements, which link the broker’s commission to customer interest rates, could be costing consumers £300 million more a year than flat-fee alternatives. One touted solution was for finance companies to fully disclose the commission paid to dealers and brokers.

Nigel McMinn, chief operating officer of Lookers, said his business had been “at the head of the curve” in dropping the DiC model in 2015, in turn capping the rates of interest its retailers can charge.

McMinn believes the added FCA scrutiny could tighten margins for some retailers to such an extent that it undermines their viability – driving consolidation in the market.

“Ultimately, the only way to cut costs and drive profit beyond a certain point is to become part of a larger group with the systems in place to make the whole retail process more efficient,” he said.

Stuart Foulds, the chairman and chief executive of TrustFord, said he thought the FCA’s findings would “grow arms and legs in the used car sector”.

“Some of the interest charges out there are exorbitant,” he said.

Foulds believes more scrutiny of interest rates and commission payments by the FCA could lead to greater exploitation of products currently outside its scope.

“Some retailers will quickly realise that where they are capped in their ability products like GAP, they can place greater emphasis on other products that are outside the FCA’s scope.”

David Bilsborough, the owner of  Cheshire Cars and a founder member of the Independent Motor Dealers Association (IMDA), was clear in his advice to his independent colleagues: “Anyone still offering variable interest rates should stop.”

Bilsborough also questioned the practice of retailers’ continued imposition of administration fees and even financial penalties for sourcing finance from elsewhere by certain retailers.

“Some of the practices employed elsewhere in the sector are extremely questionable,” he said.

“I welcome the scrutiny and oversight. Trading is tough at the moment, but responsible retailers should have nothing to be concerned about.”

James Tew, chief executive at iVendi, said the results of the study were “harder hitting” than many in the industry expected and a “clear sign that business-as-usual was not an option.”

Gerry Keaney, the chief executive of the British Vehicle Rental and Leasing Association (BVRLA), said: “The time for excuses has passed. There is no place in the motor finance sector for companies that are unwilling to embrace the FCA regime and actively demonstrate their compliance.”

Keaney said the ‘difference in charges’ (DiC) broker commission model – through which dealers and brokers can sell up from a base rate to earn increasing levels of commission – requires “some swift policy intervention to address a blatantly unfair practice”.

Neil Watkiss, head of consumer credit at DealTrak, said he believed the FCA’s research will be a positive catalyst for change.

“The FCA make it clear that lenders are expected to review their systems and controls in light of the report’s findings. It is extremely likely this will lead to changes in the calculation of finance commission as well as the amount received,” he said.

“While many lenders have long since dispensed with the conventional DiC commission model, they have instead adopted the ‘reducing DiC’ model, whereby dealers and brokers can sell down from a standard rate, for reducing levels of commission.

“Significantly, the FCA believes the ‘reducing DiC’ model is just as detrimental to customer outcomes as the conventional model.”

However, Adrian Dally, head of motor finance at the Finance and Leasing Association (FLA),  said the FCA’s concern about the commission structures was “based largely on out-of-date information, and therefore does not reflect the very considerable progress the market has already made in moving away from such structures”.

The cost to consumers

Detailing its findings related to the cost implications of the DiC commission model on consumers, the FCA said: “We estimate that on a typical motor finance agreement of £10,000, higher broker commission under the reducing DiC model can result in the customer paying around £1,100 more in interest charges over the four-year term of the agreement.”

The FCA found that there is typically little link between a customer’s interest rate under DiC and their credit score, because the rate is instead being determined
by a broker’s ability to earn commission.

It said it had significant concerns in relation to brokers’ disclosure of commission, especially in regard to DiC and similar commission models where the broker has discretion to adjust the interest rate.

The FCA said the onus is on the lender to justify any differences in commission rates, based on the work involved for the broker, adding: “There are existing requirements in our Consumer Credit sourcebook (CONC) on disclosure of brokers’ status and remuneration, but we did not see clear evidence of compliance with these.”

The FCA warned motor finance houses that while their contracts with brokers stipulate compliance with CONC, including commission disclosure, its work has found lenders’ monitoring of this may be insufficient and it has “doubts as to whether and to what extent these are always implemented in practice”.

“Change is needed across the market, to address the potential harm we have identified.”

Following the FCA’s inquiry onto GAP insurance,  remedial action put in place in 2015 included a strict four-day deferral period before the dealer can initiate a GAP sale.