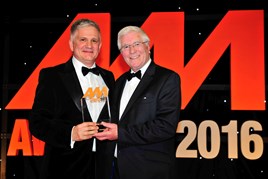 City West Country (CWC) had an “impressive” 2015, according to auditors BDO, with returns of about 2.5% on group turnover of £201 million.

CWC, which has held the south-west market area for Mercedes-Benz and Smart since 2001, achieved this in a period of significant growth in the dealer’s performance figures, allied to the success being enjoyed by Mercedes-Benz, particularly in the new car market.

The company reported new and used retail units rose by 13% year-on-year in 2015, while service hours sold increased by 18%.

CWC said it continuously seeks ways to streamline its business and in 2014/2015 it continued to develop its own software system, which was designed to help control and manage the growth of its retail and fleet businesses.

It continues to work hard on customer retention and has more than 3,400 customers on its service plan. Vehicle parc penetration in its market area,

in which it operates four sites, is now about 49%.

BDO called the privately owned CWC an “impressive entrant” and the AM Awards’ judges acknowledged a business growing year-on-year with a “focus and clarity that is paying dividends”.