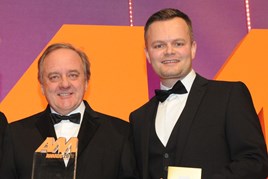 To mark the launch of the new Fiesta last summer and to differentiate itself from other dealer groups, TrustFord created its own multi-channel campaign to complement Ford’s own coverage.

The result, ‘Fiestaval’, had a strong digital focus that both sold the benefits of the new vehicle and encouraged consumers to buy a new Fiesta exclusively through TrustFord.

As a result of a collective effort between TrustFord, content agency Good Relations and media agency Spark Foundry, the campaign theme was ‘festivals’, to highlight the Fiesta’s B&O stereo system.

Alongside creating a dedicated landing page, TrustFord designed teaser advertising and targeted email marketing (for those who had already purchased, and those who had not) with interactive competitions – encouraging social engagement.

The emails achieved an average of 40.8% and 36% open rate respectively, an increase of just under 50% on the previous year.

A Fiesta Find competition, in which customers could win a vehicle through social media, resulted in 4,328 selfies being taken in TrustFord stores.

Good Relations created video content with DJ Tim Westwood which received more than 1 million views on Facebook alone. By the end of September, TrustFord’s Facebook audience had grown to 38,036 likes, up 87% on last year, with a content reach of 4,631,565.

The campaign was intended to generate footfall and to drive enquiries and purchases. In 2017, it generated 350,105 enquiries and 3,517 new model Fiesta registrations – 112 of which were in Q2, before Fiestaval launched. In July, August and September it saw 793, 969 and 1,422 registered respectively.

A spokesperson for TrustFord said: “We wanted to do something different. We challenged ourselves to be innovators and we believe this has paid off.”