Revised pension rules could boost car market, according to Glass’s 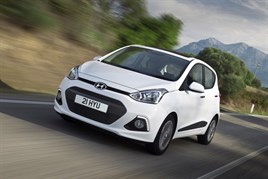 The newly revised pension rules could mean an increase in demand in cars ranging from classic convertibles to brand new superminis, according to Glass's.

The new rules come into effect this week, and with predictions that hundreds of thousands of older people will draw a tax-free lump sum out of their pension, Glass’s predicts that some of this money will be spent on cars.

Car editor Rob Donaldson said: "There is really no precedent for this, so it is difficult to forecast the exact effect that it will have on the new and used car sector, but it seems likely that a proportion of older people will use the new rules to treat themselves.

"The kind of deals that might be made could range from someone buying a Ford Fiesta or Hyundai i10 as their 'last' new car through to others splashing £3,000 on an old MG TF or Mazda MX5 for some summer fun. This could then provide a boost for dealers, especially in areas where a lot of pensioners live.

"We are certainly not saying that the streets of Eastbourne will suddenly be lined with Aston Martins, but there is every reason to expect an increase in business for some dealers which will be quite welcome as we head into the traditional summer slowdown.

"Clearly, the older generation are much less likely to favour leasing anyway and, by the nature of the purchase, these are cash reserves that they feel they can afford to spend."