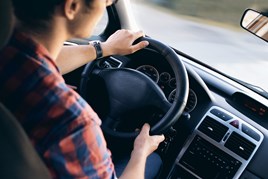 Finance broker Car Loan Warehouse has revealed a brand gender divide in the results of a survey into its application data.

But the research revealed that, while Vauxhall took the top spot with men, followed by Ford and BMW, the women’s top three comprised of Ford, Vauxhall and Audi.

The average monthly payment on the 1,000 applications included in the survey worked out at £249 with the average amount borrowed coming in at £8,152, but women commonly opted for cheaper vehicles.

Guy Prince, co-founder and director at The Car Loan Warehouse, said: “It’s interesting to see how sensible women are in general, with them buying cars that are, on average, £1,000 less than men.

“I think us men tend to get a bit carried away with having the nice extras.”

As part of the customer research, drivers were also asked which of the UK's most popular car brands had their vote of confidence.

Mercedes-­Benz was the most popular automaker amongst men, at 59.6%, while half as many women (29.7%) put their trust in the brand.

Audi and Skoda were the most trusted car brands amongst 18-24 year olds, meanwhile.

In spite of the Volkswagen Group’s dieselgate scandal the study also showed that more than one-in-five British motorists still have faith in Volkswagen.