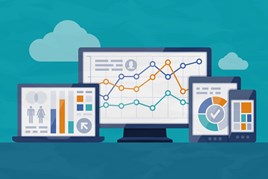 There were some significant moves in 2016 and the early part of 2017, both in scale and in strategic terms:

♦ Marshall’s acquisition of Ridgeway in May 2016, included in last year’s AM100, was one of the largest deals this side of the millennium, representing a significant increase in scale, mainly with existing brand partners.

♦ Group 1 continued its charge up the AM100 table, adding Spire and City Motor Holding’s Ford operation.

♦ Sytner’s purchase of CarShop stood out more in terms of strategic direction than scale, adding a

♦ Lookers continued to grow its premium portfolio with Drayton Group’s Mercedes-Benz sites and some of Knights’ BMW sites.

♦ Jardine, after some disposals (Toyota to Steven Eagell) added to its Jaguar Land Rover relationship by acquiring Colliers and strengthening its BMW holding by buying Carrs.

♦ Hendy, after a number of years of organic growth, bought Lifestyle and jumped 10 places in the table.

♦ Swansway expanded its existing relationship with Audi by adding Thompson, moving turnover close to three quarters of a billion pounds.

♦ Steven Eagell acquired a number of Lexus and Toyota sites, taking it from one site at the beginning of the century to 12 sites today.

♦ Most recently, Super Group UK added Essex Auto Group to its Allen Ford business, producing the largest increase of all the recent deals, in percentage terms.

It is a long list, which many may assume changes the landscape of the AM100. The acquisitions are significant for each business involved.

Sytner is the new number one, momentous in that Pendragon has been number one for as long as a lot of people can remember. But it only means a one-place gain. Lookers remains in third, Arnold Clark in fourth. Vertu, despite some further growth, just swaps places with Inchcape.

Elsewhere the moves are rather more dramatic – Swansway, Steven Eagell, Hendy, Super Group, Hatfields all rose between 10 and 14 places on the back of their acquisitions.

Despite all the records, AM100 turnover is up only 10% year on year, less than last year’s increase. In fact, less than the growth in any of the past three years. In the same period, the private new car market was down 0.2%.

Turnover growth by percentage and volume

The entry point to the AM100 has dropped from £130m last year to £126m this year. This is one effect of the acquisitions – groups leaving the list through takeover by a larger group create “vacancies”, which will by definition be filled by smaller groups. However, there have been years of major acquisitions before, and the threshold has still risen.

Whether or not that is true, what is unavoidable is my conclusion that massive consolidation has not arrived. However much commentators who routinely talk about “massive consolidation” and “massive change”, it is not supported by fact. There is a very slow drift towards less fragmentation, but looked at over 20 years, it is not massive.  Neither has there been any notable change in the business model.

If this represents a trend – “peak car” being shorthand for market saturation – then there is a compelling reason to look for the overdue change in the business model.

There is plenty to go for. Used car penetration for franchised dealers is poor, most focusing on the younger, lower-mileage sector that represents a minority of the market. The proportion of service and repair work retained by the franchised sector is also a fraction of what is available.

There may be increased emphasis on service work and on used car sales, but it doesn’t show through in results, with one exception. The total hours sold reported this year is, by and large, significantly greater than those reported last year.

However profitability has, for many, declined and the early reports on 2017 indicate it is getting even tougher.

We have often commented that businesses prosper when customers perceive that a business adds value at every touch point. It is people who add value. Therefore, a reduction in staff leads to a reduction in value, promoting or accelerating a downward spiral.

However, you cannot just add staff – that would lead to an unsustainable cost base. What is required is to identify the waste in the organisation’s processes, eliminate it and therefore allow the same number of staff to deliver more value.

This is not happening. If it were, the increasing number of cars and hours sold would be delivered by the same number of people (or the numbers would increase more slowly). Customer service would not suffer, costs would not rise and the AM100 would make more money.

For example, the number of cars sold per employee has been stable at about 24 units for year after year.

♦ Profits are adjusted, where information is available, to eliminate exceptional items. Profit percentages are calculated on the unadjusted turnover numbers. Turnover is net of VAT.

♦ In order for the table to be as current as possible, information in the public domain, principally relating to acquisitions and disposals, is used to update questionnaire responses or statutory accounts.