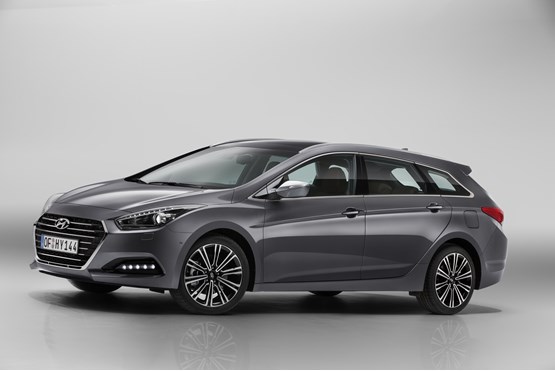 Hyundai will reveal a new i20-based crossover model among its debuts at this month's Frankfurt Motor Show.

The i20 Active, complete with raised ground clearance, a rugges styling kit and roof rails willbe shown alongside an updated Santa Fe and an i40 that includes the Android Auto connectivity system for the first time.

The new i20 Active and new Santa Fe premiere with an advanced range of new active safety, comfort and convenience features while a new 1.0-litre T-GDI engine is introduced across the i20 engine range.

Thomas A Schmid, chief operating officer at Hyundai Motor Europe, commented: “With the New i20 Active and New Santa Fe we further broaden our European crossover and SUV family, with all models renewed or replaced this year.

"These two new models also enhance our youngest-ever line-up in Europe. The first eight months of 2015 were our most successful in Europe ever. And we are preparing the way for further organic growth during 2015 and beyond.”

Hyundai Motor was the first car manufacturer worldwide to introduce Android Auto in its US Hyundai Sonata earlier this year. Now Hyundai Motor will be among the first in Europe to include the smartphone-based mirroring software in one of its cars when it is introduced to the i40 in November 2015.

Android Auto enables users of smartphones with Android technology to connect their devices to the screen of Hyundai’s infotainment unit, to access native and third -party apps focused primarily on music streaming, communication and radio services.