Was this article useful?
4 people found this useful
8 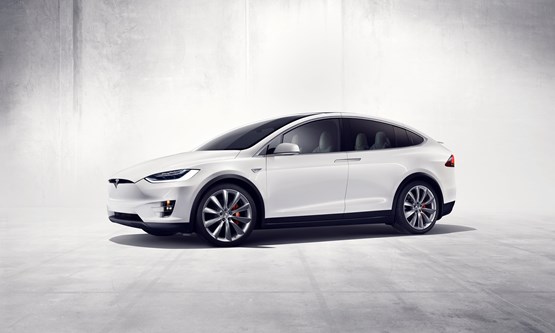 Tesla is bringing a second electric car to the UK market in autumn 2016 which will compete against Volvo’s XC90 T8 hybrid and Audi’s Q7 e-tron in the seven-seat SUV segment.

The US carmaker says its Model X has been designed to be the safest car on the road, and its own crash tests suggest it will achieve a five-star rating in all categories, becoming the first SUV to do so.

Every Tesla Model X has an automatic emergency braking system which works at high speed, side collision avoidance, and a forward-looking camera, radar and 360-degree sensors to enable advanced autopilot features, bringing it closer to autonomous operation.

Its ‘falcon wing’ doors provide access to the second and third row seats of the vehicle, and will automatically open or close as the driver approaches or exits the Model X.

Inside, a 17in centre touchscreen integrates media, navigation, communications, cabin controls and vehicle data into one interface, with many functions also voice activated.

Tesla claims the electric SUV has sufficient space in its front and rear luggage compartments and under-floor storage for a family’s typical needs. It can also tow a 2.2 tonne braked trailer.

In addition, in performance P90D guise it is capable of 155mph top speed and 0-62mph in under four seconds, while standard 90D models are a second slower. Its 90 kWh battery provides up to 250 miles range on a single charge.

Model X can also be specified as a six seater, with three rows of two seats, and comes with an 8-year warranty.