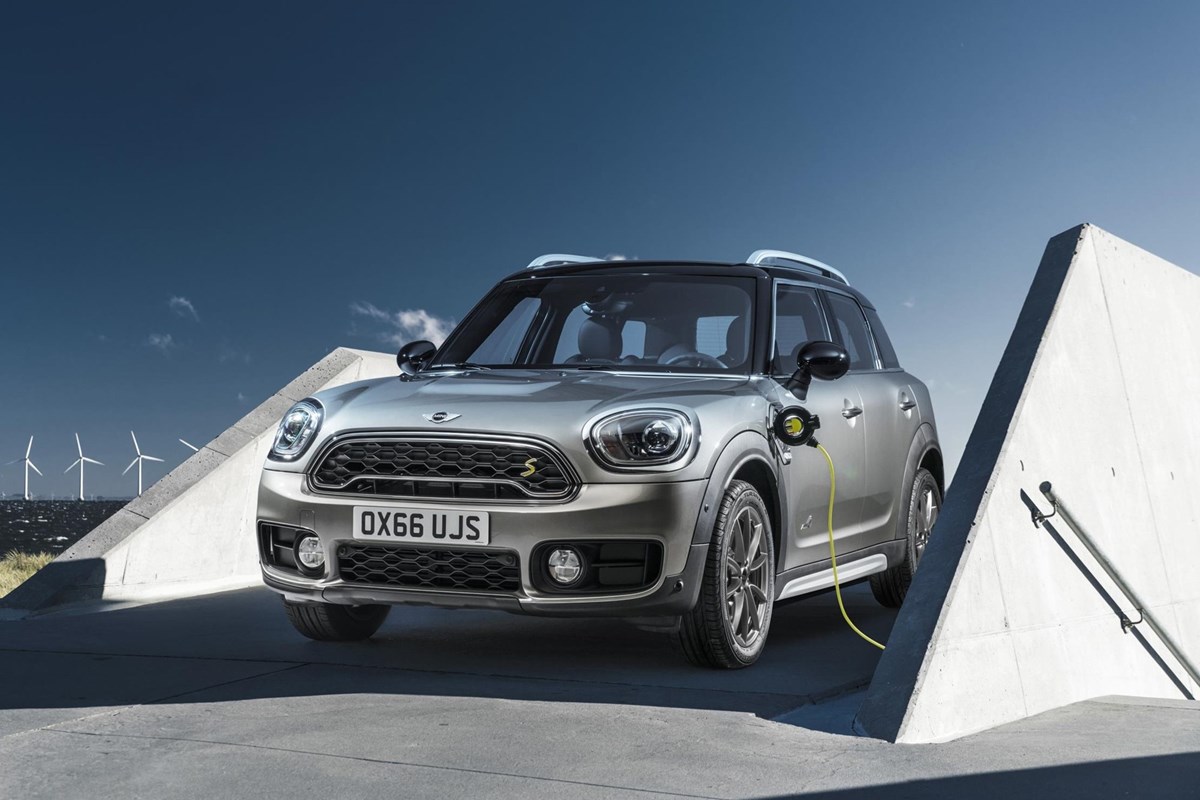 Mini has revealed the pricing and specification of its first plug-in hybrid vehicle – the Mini Cooper S E Countryman ALL4.

Claimed fuel consumption of 134.4mpg on the combined fuel cycle test and 49g/km CO2 emissions are the top-line figures of the part-EV SUV, which will travel 25 miles on electricity alone, according to BMW.

Prices start at £31,585 for the newcomer, with order books opening today, ahead of a June 24th  arrival in UK showrooms.

The MINI Cooper S E Countryman ALL4 combines a three-cylinder petrol engine and electric motor to produce a total system output of 224PS – enough to propel it to 62mph in 6.8 seconds.

A statement issued by Mini, outlining the specification of the plug-in Countryman model, reaveled that power of its compact, three-cylinder engine is delivered to the front wheels, while the electric motor powers the rear wheels.

Maximum torque is available from zero revs and, once a driving speed of 50mph is reached, the combustion engine is activated.

An eDRIVE toggle switch enables the driver to continue to drive with only the electric engine beyond this point if preferred.

In MAX eDRIVE mode the MINI Cooper S E Countryman ALL4 runs at up to 78mph free of local emissions.

The on-board Lithium Ion battery pack is positioned underneath the rear seat and flat load boot floor and can be charged at a conventional household socket or at a wallbox or public charging station. BME Group claims that charging takes between two-and-a-quarter and three-and-a-quarter hours.

The high-voltage battery comes with a warranty which lasts for six years or 60,000 miles.

Its position in the Countryman means that a 405-litre boot is retained – 45-litres down on the standard Countryman – which can be extended to as much as 1,275 litres with the rear backrests folded down.

Among the MINI Cooper S E Countryman ALL4’s model-specific design elements are “E” emblems on the radiator grille and side scuttles as well as door sill finishers which feature a yellow “S” logo.

A set of 17-inch light alloy wheels are another unique feature.