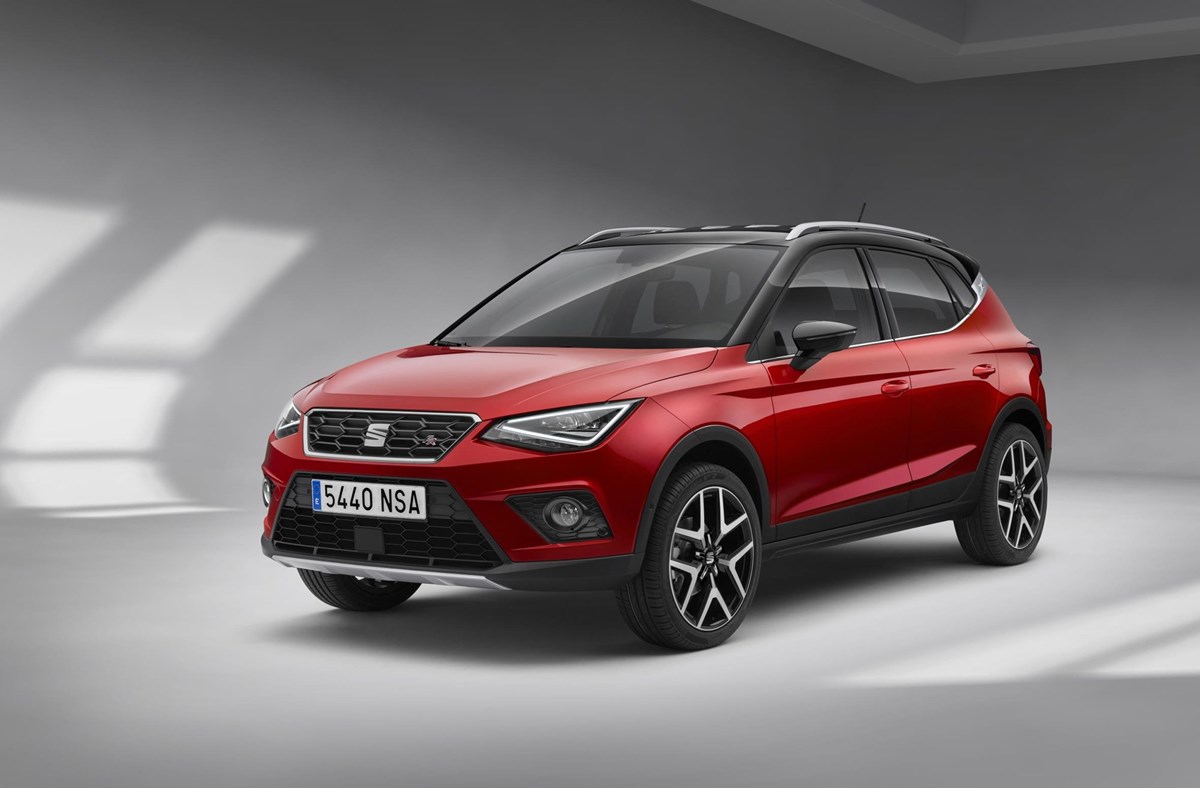 Seat’s has unveiled the Arona, its first compact SUV.

It joins the Ateca and the upcoming large size SUV that will be released in 2018.

The Arona is the first Seat model in the compact crossover segment and is based on the new Ibiza.

Seat says the car is designed for drivers looking for a sense of excitement, distinction and functionality.

The Seat Arona is 79mm longer than the new Ibiza and is 99mm taller. As a result there is more ground clearance and more front and rear headroom. The boot is bigger too with a 400 litre capacity.

Trim levels should mirror those of the Ibiza and are expected to include the sporty FR (pictured red) and luxury XCELLENCE (pictured orange) trims.

There are three different petrol engines to choose from including a three-cylinder 1.0-litre TSI unit and a new four-cylinder 150PS TSI with active cylinder deactivation technology.

More details on the Arona should be available following its official debut at the Frankfurt motor show in September.