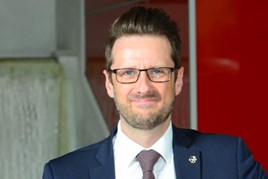 Cassels was described in a statement issued by the brand as “an experienced and well-respected member of the Vauxhall team”, having joined the company after completing a degree in Economics at Glasgow University.

He is promoted from his most recent position as franchise manager after joining the Vauxhall RND team as network development manager in 2002.

Prior to that, Cassels gained experience in a number of roles at Vauxhall’s manufacturing plant in Luton.

“Alastair’s experience and extensive knowledge of the Vauxhall network make him perfect for this role,” said Rory Harvey, Vauxhall’s chairman and managing director.

“He knows the brand inside-out and I’m confident that he will use his expertise to succeed in this role.”

Cassels will report to Rory Harvey, replacing Chris Roberts who has taken the role of European RND director.