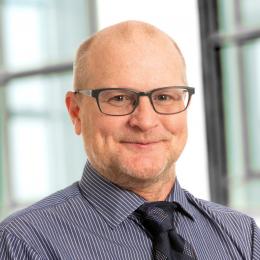 Leyland, who had been a partner at UHY for almost 20 years, passed away on Sunday, June 6.

“Brian Leyland was not only a business partner, colleague and close friend, but also someone you could always speak to and get a straight answer from,” he said.

“Our thoughts go out to all his family, especially his wife Nic and children.

Leyland began his accountancy career in 1980 at Binder Hamlyn, before moving to a practice in Bolton in 1987, becoming a partner in 1999.

He became a partner at UHY in 2002 and is responsible for a wide range of owner managed businesses ranging from new start-ups to £50m turnover businesses.

A profile on the UHY website said that Leyland had become known for his “hands on approach with clients”, taking time to get to know each one to better hone his advice.

Peter Atkinson, a partner at Jackson Stephen LLP, said Leyland was “always fun to be with”, adding: “He will be sadly missed by all.

“Brian knew how to live life to the full and he won’t be forgotten.”