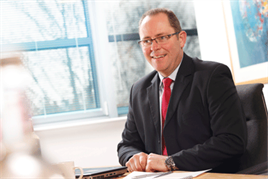 In the grand scheme of things it is rare that any industry experiences a debacle of the scale that now faces the Volkswagen Group.

What is surprising to so many around the globe is that, as the world's number one car producer, Volkswagen has allowed itself to be in such a potentially damaging position.

In the recent past there have been other manufacturers that have found themselves embroiled in controversy over safety issues and recall activity that damaged public perception and, more importantly, cost a significant amount of money, but this is different.

You have to look hard in the motor trade to find an example of a business that would appear at this stage to have purposely set out to bypass the regulations for financial gain in the form of increased sales and subsequent market share worldwide.

“Stability appears to have returned and values have, at the time of writing, stabilised at a marginally lower level in relation to the whole market than they were before the announcement. It shows the resilience of the product and the public's lack of concern for the environment, whilst highlighting fiscal importance in today's society.”

It is evident that somebody within the group authorised the development of software that essentially alters the functionality of the engine under certain conditions to reduce emissions - an undoubtedly poor decision.

The question of why this should have been approved is valid and as yet unanswered but, more importantly, no explanation has been given as to how this patch was allowed to be in place on so many cars.

It is also not clear whether this was an externally developed patch or if it has been sold to other manufacturers.

Neither is it understood if other companies have developed and sold similar technology for other manufacturers.

It is also a route that their peers chose not to follow and, as it stands today, no other manufacturer appears to be in contravention of the testing rules and standards set in place in various countries around the world.

Factor in the point that there is a great deal of discussion around testing procedures for both fuel consumption and emissions at the moment, specifically in the UK, and this has to be seen as one of the drivers that influenced Volkswagen's decision-making process.

Consideration needs to be given to what this actually means to the consumer, as it is demand for the Volkswagen Group product that will drive many of the other industry activities.

The software patch appears to reduce the emission of NOX into the atmosphere under certain test induced conditions.

However, once on the road the patch allows the engine to operate in a different manner and subsequently increases both pollution levels and the associated risks of a number of health issues for both the young and the old.

One key question is how much this matters to the consumer.

As it stands currently the problem does not directly cost the UK consumer any money.

There is no change in the fuel economy that drivers have enjoyed since purchasing their car and there is no impact on road tax either.

Running costs as a whole have not changed overnight, so there is no financial penalty.

The car is no more likely to break down either.

Ultimately, the car itself has not physically changed and is still of the same quality as it was the day before so the immediate impact on the consumer is currently not financial.

Going forward once the recall activity has taken place, Volkswagen have intimated, although not confirmed, that there will be no change to the way in which the cars will operate or drive.

Fuel consumption will be unaltered, servicing and maintenance will remain the same and the CO2 rating for the car, that drives both road tax and personal taxation for a business user, will remain consistent.

In fact the UK government also confirmed that even if the CO2 rating was altered there would be no change to the road tax or benefit-in-kind taxation.

Also, as expected, there will be no cost to the consumer for the work to be carried out.

Therefore it could be argued that there should be a status quo because the cars will be exactly the same.

But the consumer needs to feel comfortable with the Volkswagen Group and each of their brands as a whole, because any change in levels of demand will impact on the value of a used car both on the forecourt and then in the trade and wholesale environment.

The UK motor trade has already acknowledged this and there was a variation in demand and fluctuation in value as the news broke in September and in subsequent days and the Volkswagen Group PR machine rumbled into action.

After a dip in demand for used cars, stability appears to have returned and values have, at the time of writing, stabilised at a marginally lower level in relation to the whole market than they were before the announcement.

This is excellent news for the trade and owners alike.

Equally it shows the resilience of the product and the public's lack of concern for the environment, whilst highlighting fiscal importance in today's society.

The acid test will be the maintenance of the level of new car sales in the coming months, although with the current penchant for self-registration this will be difficult to identify.

What is disappointing to note is the number of people that have tried to link ‘VWgate’ to the question of whether diesel is a viable fuel for the future.

Demonising diesel would be wrong as today's Euro 6 diesel engines are incredibly close to being as clean as a petrol engine, as well as offering the benefits of different driving characteristics and very impressive fuel consumption figures.

Diesel still has an important role in personal transportation but also a critical part to play in the commercial movement of goods and people. Therefore it is important to recognise that, generally speaking, the NOX emission problem lies with older diesel cars and a sensible program of support to move owners into newer models is the responsible way forward.

To summarise, in the process of looking for market domination Volkswagen have abused the trust that their customers have placed in them and, at the same time, ridden roughshod over claims to pioneer clean diesel technology.

Their green credentials are currently severely compromised and it will be hard for the group to keep up with, let alone lead, the market in the future.

Money that had been marked for development and investment will now be channelled towards upgrading the software on their cars, compensation to customers and fines.

It will be a tough road ahead and the consumer worldwide will dictate the speed of forgiveness.

This will be directly linked to the Volkswagen PR machine that has thus far been arguably a little slow in keeping the world informed of what happened and why.