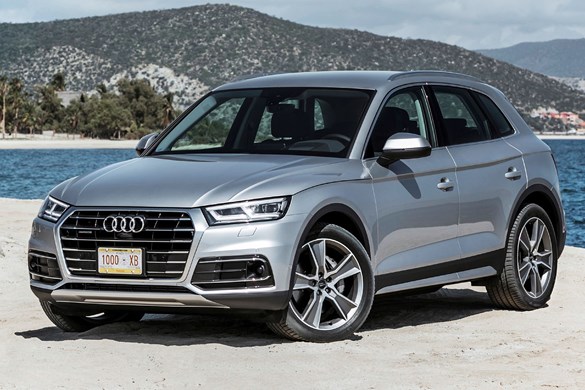 Since Audi launched the Q5 in 2008, it has sold 1.6 million worldwide. In that time, Audi’s UK dealers have registered 66,365  Q5s and have been well placed to capitalise on the trend for SUVs. That position will only be strengthened by Audi’s plans to add Q4 and Q8 SUV/fastback crossovers in 2018, making a total of six SUVs under its Q sub-brand.

“Audi now has as many SUVs as it does sedans or conventional bodystyles,” said Jon Zammett, head of PR.

“With the new model, the Q5 really does come of age, and we believe it sets a new benchmark for quality and refinement.”

The Q5 is a crucial part of the Q family – only the smaller Q3 outsells it – and only a third of its annual sales are in the fleet market, so Audi dealers can capitalise on the retail profit opportunity.

Launched at the end of March, the Q5 is built in a new factory, using advanced materials, such as hot formed steel and aluminium, to save 90kg in weight.

“This is a big evolutionary stage for us in lightweight construction. We are really paring the weight down with every generation of car we launch,” said Zammett.

While the previous Q5 had permanent all-wheel drive, all the UK versions of the new Q5 have an ‘intelligent’ all-wheel drive system, which Audi described as “Quattro with ultra technology”. It’s a sensible step, as few customers regularly require four-wheel drive. Designed to improve fuel and emissions efficiency, the vehicle runs in front-wheel drive in normal conditions. However, by evaluating a number of factors, such as steering angle and acceleration, it engages the all-wheel drive if tyre slip is detected.

As buyers may expect of a car that starts at £37,000, plenty of other premium features are included as standard: 18-inch alloys; leather upholstery; heated front seats; keyless start; three-zone climate control; Xenon headlights; and LED rear lamps. Also standard are Audi Drive Select, which lets the driver switch between pre-set characteristics in comfort, auto, dynamic, efficient and off-road modes, and Audi’s  MMI multimedia interface, which links with the driver’s smartphone for navigation, phone and music use.

Behind the standard power-operated tailgate (opened by a button press, or a foot wave beneath the bumper if the optional advanced key is specified), luggage capacity has increased by 10 litres to 550 litres, but sliding rear seats allow this to expand to 610 litres if the rear occupants are happy to sacrifice some legroom.

Above the entry-level SE car sits Sport, which adds MMI-integrated navigation, connected infotainment, LED interior lighting and small external styling changes.  S Line tops the range with more bodystyling, 19-inch alloys and liberal use of branding inside and out.

Accompanying these is a performance-orientated SQ5, which is offered only with the range’s most powerful 3.0-litre V6 petrol engine, so it will be a small part of the model mix.

The 190PS 2.0-litre TDI turbodiesel will be more prominent in the line-up. Its 51.5mpg official combined fuel economy and 132g/km CO2 make it the most efficient in the range. A 252PS 2.0-litre TFSI petrol completes the range, although it is likely to account for less than 10% of sales.

There are plenty of profit-boosting opportunities in the options list across all Q5 models, including: adaptive air suspension (£2,000), which is configurable using the Q5’s ‘Drive Select’ button; a panoramic glass sunroof (£1,400); and a ‘virtual cockpit’ (£250) that lets the driver switch the 12-inch digital instrument display between large dials and smaller dials with navigation/MMI display at the touch of a button on the steering wheel. 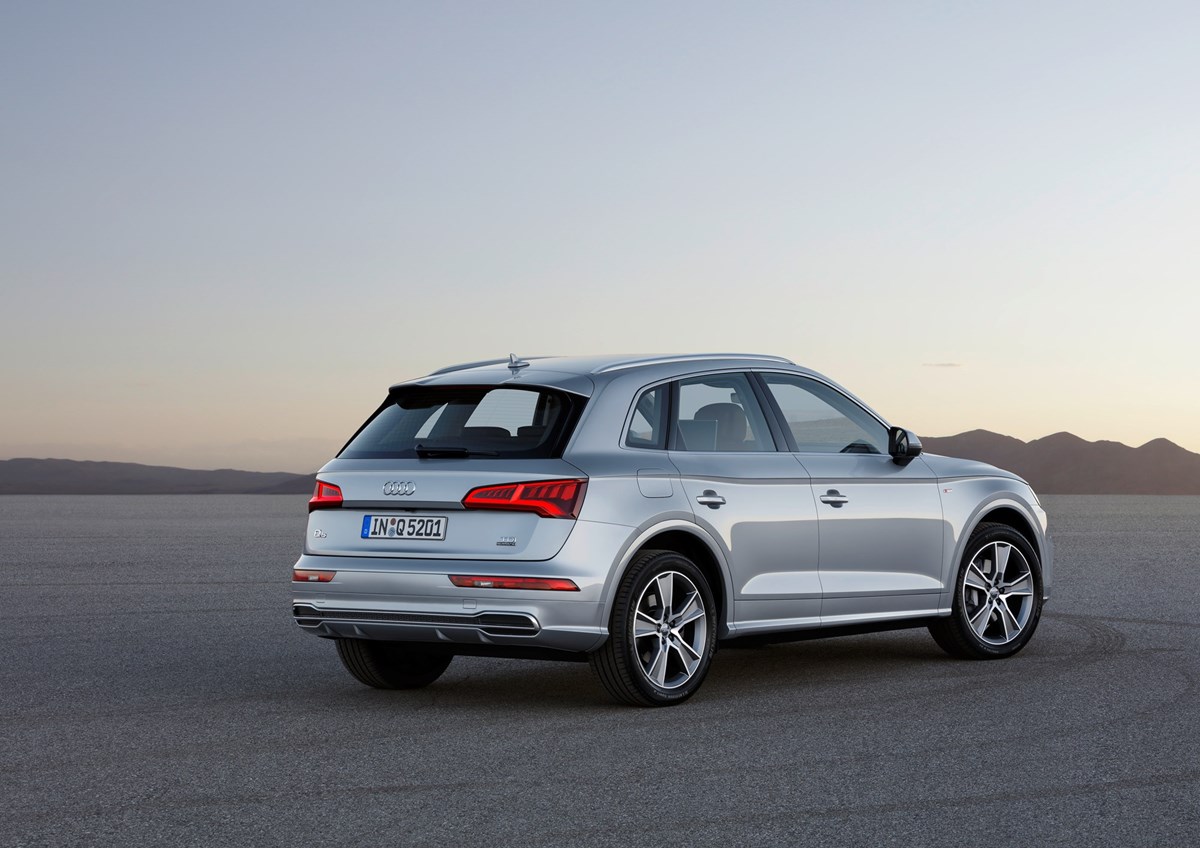 What opportunities does this new model offer Audi and its franchised network?

For us, the biggest opportunity is in the retail market. That’s where the car has always been successful in the past, and we still feel that even with the new competitor landscape it’s the best in class. Inside and out, it is a completely different car. It’s packaged differently, it’s quiet, refined and the build quality is superb.

But there is more opportunity within the fleet segment as well, because Q5’s CO2 has come down by 27g/km.

So the previous model was supply-constrained  – will that change with this one?

Well it’s similar with this one, because the trend for SUVs is worldwide. Even with our new factory (in Mexico, exclusively for Q5, building 150,000 annually) it is still difficult to meet demand. The previous model had a record year in 2013 with just above 13,000 UK sales, and last year we had a strong result with 12,680. While we continue to put our hand up for more and more, the question remains whether we can get it.

Are there benefits from supply constraints?

It continues to help with residual values and ensures the car is desirable.

What finance programmes are in place?

We have a PCP and PCH. Finance is always important on this car because it has had such strong RVs. We expect that to continue.

Are there any financial incentives for existing customers?

There are no loyalty incentives on the new car. Because the old one is still sought after, customers coming to the end of their finance will be in a great position to move into the new one.

What will dealers sell most?

We expect the 2.0-litre TDI in S-Line to be the most popular combination, as on the previous generation. A customer in an S-line Plus that they bought two to three years ago could easily go straight into the new S-line and get better refinement with the engine, the same level of quality and all the equipment they are used to.

Do you expect conquest sales?

This market segment has changed so much in the past 18 months, with a lot of new competitors, such as the Jaguar F-Pace and Mercedes GLC, but we know that the Q5 is strong enough to go up against these competitors and give us a conquest opportunity, not just from SUVs, but from people moving out of BMW 3 Series or Mercedes-Benz C-Class for example.

What marketing are you doing around Q5’s launch?

Audi Centres held their launch event in March, and we have rolled out TV advertising as our main campaign, with the message ‘Now Is Calling’. The aim is to demonstrate how versatile the Q5 is, by showing it dynamically, as a lifestyle choice and a family car. It ticks every box. We did central launch training at the start of the year and dealers were very excited. They saw the technologies in action, experienced Quattro on demand through an iPad, which showed when it was engaged and when not, and how much fuel they saved. Dealers know they have customers who have been waiting for this car.