Will the Audi TT Mk3 be a man magnet? 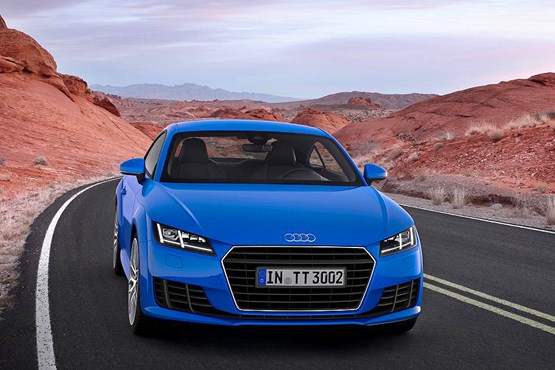 Audi has been very focused on developing a cohesive model range in recent years. Over the past three years, the A1, A6 and A7 have all received a facelift, if not an all-new generation.

Known for its quality as a brand, Audi has surpassed expectations with this one; the hue of technology and new features is impressive.

First introduced as a concept in 1995 at the Frankfurt Motor Show, the original TT played a vital role in establishing Audi’s reputation as a force in automotive design and quality.

Bearing in mind that 1995 was about the same time as the likes of the Volkswagen Golf Mk3 puts into perspective just how forward-thinking Audi was and still is.

The first production model was released in 1998 and since then the model has seen just one other generation – in 2006.

The UK is the largest market in the world for the TT in terms of sales. The first-generation model sold 50,000 units in the UK and the second sold 60,000.

TT product manager Julie Salisbury told AM of the TT’s loyal customer base and the research that Audi put in when developing the new model.

“We have conducted a lot of research with the new model, including working closely with the Audi TT Owners’ Club in the UK, and most liked it – it was received a lot better than the second generation,” she said. “The current average customer age is 45 and buyers are predominantly female,  but with the third generation we expect this to switch to male due to it having a more manly look and more dominant road presence.”

The Audi badge is now situated on the bonnet as opposed to the grille, much like the R8, and the third-generation TT is definitely more angular than its predecessors.

“We already have a very healthy order bank for the new generation TT,” said Salisbury.

“In terms of sales, the loyalty rate is currently at around 40% and we expect the conquest rate to be 20-25%.”

An increase of 37mm to its wheelbase over its predecessor aims to deliver improved handling to support the power from those engines.

New interior technology includes Audi Drive Select, which has five modes allowing adjustment to the engine, steering and transmission. It also uses Audi’s all-new virtual cockpit; the first of its models to use one driver’s screen to display everything – radio, sat nav, media. Climate controls are integrated into buttons set into the centre of the vents.

What your customers will be reading about the Audi TT

AUTO EXPRESS
The new Audi TT reeks of quality – even more so than before. Its interior is Audi’s best yet – no mean feat – yet underneath, its entry-level petrol engine, Quattro drivetrain and automatic gearbox are a sensationally efficient and powerful combination.

CAR MAGAZINE
With 280lb-ft of torque available from 1,800-5,500rpm, it’s certainly fast, but it just doesn’t feel that exciting. While we can’t knock its peerless traction, everyday usability and fantastic cabin, we wish the new TT had a little more emotion and a little less cold perfection.

WHAT CAR?
The previous TT was always going to be a tough act to follow, but this new model doesn’t disappoint. It’s grippy, fun and seriously agile, and the fact it’s so much lighter than its rivals – including the Peugeot RCZ R – makes up for its relative shortage of power.