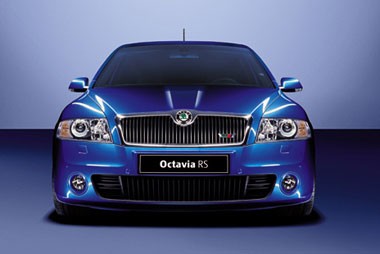 Skoda has taken big steps in order to prime its new Superb model for the mainstream, rather than a budget alternative.

No longer held back by links to Volkswagen’s Passat platform, the Czech manufacturer has been given freedom to develop the new Superb from the ground up.

This new-found independence has led to one of the best selling points of the new Superb, its Twindoor boot, standard on all models.

The Twindoor allows the Superb’s boot to be opened as a hatchback or a saloon.

While it will be marketed as a hatchback in the UK, it will be positioned as a saloon in mainland Europe.

The new boot design is something to which Skoda has exclusive design rights, so VW won’t be introducing it to its models any time soon.

Skoda is expecting to sell 600 Superbs in the UK from September and increase that number to 4,000 units for 2009.

The sales mix will be 80% fleet and 20% retail, which reflects the importance Skoda is placing on the Superb to perform as a fleet prospect.

Salesmen will be focusing on the improved build quality and new technology available.

Features like ‘park assist’ will be a major selling point.

Already featured on other VW models, the electronic aid automatically finds spaces big enough to park in and turns the wheel when parallel parking – handy for a car that’s 4,838mm long.

Park assist will be available as an option. Skoda has not officially announced how much it will cost, but dealers can expect to offer it for around £200.

The Superb’s trademark umbrella still comes as standard in the rear passenger door on all models.

Conquest sales will come from Mondeo drivers, as well as Focus drivers looking to change up to an executive car.

This will be in addition to sales from Octavia customers and old Superb drivers.

Customers can choose from three petrol and three diesel engines. Haldex four-wheel drive and Volks-wagen’s seven-speed DSG will both be introduced to Skoda for the first time.

A GreenLine version, which will achieve 55.4mpg and has CO2 emissions of 136g/km, will join the range later this year.

This new model will be powered by a 1.9-diesel which features a revised transmission and weight-saving measures to increase efficiency.

Skoda has also changed the name of its trim levels for the Superb range, from the previous Classic, Comfort and Elegance to S, SE and Elegance in order to match trim names used by other manufacturers.

It’s longer than its predecessor, but that’s not apparent when driving.

Whereas the previous Superb felt gigantic and heavy around corners, the new model is a far superior driving experience.

It handles extremely well for a car of its size and the 3.6-litre petrol and DSG diesel are great fun to drive.

The exterior design is conservative, but has moved far enough away from the Passat looks to gain its own identity.

Build quality inside has really improved in comparison to the old Superb, with a premium feel steering wheel and a somewhat less phallic- looking gearstick.

However, the Elegance trim doesn’t stack up to Mondeo’s Titanium and the plastic wood effect from the old model makes an unwelcomed appearance.

One thing the Superb can’t be rivalled on is space.

The legroom is staggering and the boot massive.

With a capacity of 565 litres with the rear seats in position, it can hold 103 litres more than the previous-generation model.

With the rear seats folded flat capacity increases to 1,670 litres, in comparison to the Mondeo’s 1,448 litres.