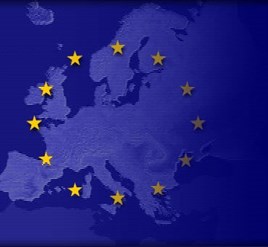 With 2013 nearly upon us, one date every vehicle dealer will probably want to circle on next year’s wall calendar is June 1.

That’s the date that general competition rules from Europe will apply to the motor vehicle industry, replacing the Block Exemption Regulations (BER) for the trade that have been in place for more than a decade.

Why does the new date matter? If you needed reminding, it’s because under the current BER, strict rules apply to the motor trade that help to protect distributors and repairers from some of the vagaries of the market – a market, after all, that is defined and dominated by the world’s vehicle-makers.

With this protective regulatory blanket removed, it’s worth revisiting what the new framework might bring with it.
First of all, it means that from June 1 the risk is that car manufacturers will enter into new contracts with even shorter notice periods, cut some dealers out of their networks altogether, and adopt tighter and more restrictive agreements.

Another danger is that the new rules will prompt the manufacturers to restrict multi-branding, because the legislation that’s coming relaxes the rules around ‘single branding’. That’s something that could give retailers less control over how they manage their offer to consumers, potentially affecting the value of the retail business and affecting the consumers in the showroom too.

What’s the real likelihood of June 1 ushering in overwhelming change?

My feeling is that common sense – and common interests – will prevail. There will be winners and losers under the new arrangements, for sure, as some manufacturers will have their own commercial agenda to pursue and you can bet that not every dealership will fit with the plan.

But enough thought and talk has gone into this change for most to approach June 1 with a degree of confidence.

There is a code of good practice that the European Commission pushed for when this change was being considered, and it essentially mirrors the current legislative context. It’s been signed up to by the European Automobile Manufacturers Association (ACEA), to which most manufacturers in Europe belong, so that tells us that in most respects it should be business as usual come June next year.

What’s changed inescapably, of course, is that codes and commitments aren’t legal obligations, so it may be impossible for some to entirely escape those feelings of vulnerability.

For retailers that do feel vulnerable, and feel they have a reason to be wary of some of their current relationships with manufacturers, my message is simple: now is the time to approach the issue head-on and come up with a plan. You’ve still got six months.

If this is where you are at, just start by asking yourself some of those key questions: What am I worried about in relation to my manufacturer relationships? Is there any basis for these concerns? How can I mitigate any of the risks that I see? Would professional advice help? Would it help to talk to any of the manufacturers I work with?

Once you start to answer some of those questions you should be well on your way to creating a confident strategy that will see you right through 2013 – and beyond.