What does 2014 hold for the UK automotive retail market? 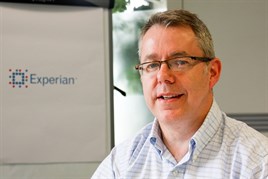 With the UK now being officially out of the recession, it’s good to know the UK automotive sector is amongst those experiencing signs of positive growth.  Its contribution to UK GDP in real terms rose to 1.5% in 2013, up from 0.2% in 2012.

Figures from the SMMT have shown that new car sales in 2013 recorded their best year since 2007, helped by flexible finance deals and stronger consumer confidence. Used car sales were also up with Experian figures revealing 0.9% uplift in used transactions throughout 2013, compared to 2012 and also its best year since 2008.

So did 2013 mark the first step to recovery after challenging times? More importantly what are the factors we can look at to truly measure the health of the UK automotive market?

Best of British back on the world stage

The UK is recognised globally as having a thriving automotive industry with a number of car manufacturers, bus and coach manufacturers and producers of premium sports cars having production plants in Britain. Exports also play a significant role in positioning the UK on the world stage with more than 75% of vehicles manufactured in the UK being sold internationally. Add to this, centres of excellence in engineering and a rich heritage in motorsport.

The number of mergers and acquisitions involving a UK automotive business  that have taken place since 2003, mean the UK is the second best-performing location globally (after North America) and the leading market in Western Europe. Our figures also show that in terms of deal value, the UK automotive businesses have been involved in around 20% of all global automotive deals versus 29% and 13% in North America and Germany respectively.

For deal value Germany is the top performing country over the last decade, coming only second to USA. No UK deals featured in the top 10 most valuable over the past 10 years.  The largest in recent years was the multinational industrial and automotive engineering company Tomkins, which was bought out by Pinafore Acquisitions in July 2010 at a value of £289m.  While the highest value of deals was seen in late 2010, and the highest volume of deals pre-recession in 2008, the sector has stabilised with a reduction in the number of mergers and acquisitions made since 2011.

Signs and indicators for recovery

Several external measures helped to restore more favourable conditions for the automotive sector this year and the the drop in fuel prices combined with lower insurance and competitive credit deals should continue to boost car buyer’s confidence.

However, beyond the rise in new and used cars sales, we like to dig a little further to give a truer picture of the health of the sector based on multiple factors such as financial proficiency and employment levels.

Historically the motor industry has seen a higher than average rate of business insolvencies when compared to other industry sectors in the UK.

The beginning of 2013 however saw the number of insolvencies fall more in line with other sectors of UK industry with Q3 2013 showing that it was the same as the national average (0.23% of the business population) for the first time in eight years, indicating some stability.

Another sign of strength is payment performance and our data shows businesses in the automotive sector have frequently paid their bills at a significantly faster rate than other UK businesses.

Even at the height of the recession in 2009, motor traders paid late bills 7.37 days sooner than other sectors.  As deteriorating payment performance can be a sign of distress it’s important that businesses make every effort to pay their bills on time.

The constant growth of new and used cars sold on finance by motor dealerships is another sign we look at when asserting the dynamism of the industry as point-of-sale motor finance has become a prominent service offered by dealerships. Experian charting a 22.64% increase in the number of motor finance deals on their database in 2013 compared to 2012 and more than double the amount of arrangements recorded in 2011.

The economy has enjoyed a strong recovery this year, with output picking up from virtual stagnation last year, to growth at 1.5 per cent. The upturn seems to be gaining momentum and although downside risks remain, notably in weak Eurozone prospects and wage growth remaining below inflation, prospects remain encouraging. Consumer spending in our base case continues to gain speed and car sales are at their strongest level since the recession nevertheless it is still imperative for the players of the industry to get the full picture and take informed decisions. Understanding customer’s credit commitment, levels of indebtedness and affordability and payment performance as well as the potential risks associated with the vehicles on the market is a must to turn 2013’s signs of recovery into sustainable growth this year.