A consumer credit challenge in 2021 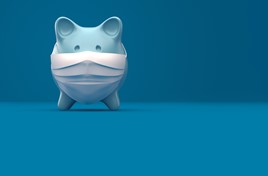 Coronavirus has driven an uplift in motor finance digital applications this year, but 2021 looks set to bring further effects for dealerships regulated by the Financial Conduct Authority (FCA).

Many in the industry expect the finance earnings per unit to reduce as a result of changes to dealers’ reward models and the fact that more consumers are becoming aware of the existence of commission.

The onus is shifting onto dealers to work on increasing finance penetration and ‘take a little from a lot’.

One industry consultant told AM: “When there are some major dealer groups who’ve been earning up to £1,500 from the finance on a car sale, I think it will be
impossible to argue that this wouldn’t have a material effect on many consumer decisions to sign the finance agreement.

"And from the FCA’s perspective on fair outcomes, I believe that, in future, the provision of finance needs to be facilitating the consumer’s car purchase more than delivering substantial profits to the motor retailer.”

But Tara Williams, managing director of i-Comply and chief risk and compliance officer at AutoProtect Group, believes there is a three-fold opportunity ahead in 2021 for those dealers who review their motor finance provisions at ‘root and branch’.

These comprise increasing used car finance penetration, which is typically modest across the industry; breaking the negative perceptions often noted around dealer finance; and actively leveraging finance as a promotional and profit opportunity.

“There is nothing wrong with finance as a profit centre, provided it is achieved while delivering the good customer finance outcomes sought by the regulator,” she said.

Williams believes a positive and proactive approach can enhance the customer experience.

“Transparency can really lift the veil off negative perceptions held by some people about dealer finance,” she added.

The changes coming in January put pressure on dealers and lenders to ensure their technology is up to scratch in providing motor finance digitally.

An immediate priority is to ensure the entire customer journey is recorded by dealers’ digital platforms in a detailed and auditable format, said iVendi chief executive James Tew.

Such steps can negate the risk that a consumer might claim they’ve been mis-sold because the rate they signed up to was higher than the initial advertised rate.

Tew also warned that as rate-for-risk products become widely adopted in 2021 not all dealer platforms are ready to handle their complexities currently. And those dealers moving to the alternative of fixed APR products will need technology able to show the APR for each individual lender on a dealer’s panel so that a declined customer can see their second choice.

“One of the few positive effects of the coronavirus crisis is that it has given dealers time to prepare by experimenting with new processes,” said Tew.

The industry is expected to adjust its finance offer advertising in 2021 to continue to ensure compliance with the consumer credit rulebook.

Adverts must include the FCA’s requirement for the existence of finance commission to be made clearer to customers.

However, while dealers strive to adhere to the principles of the FCA, there are also lesser watchdogs to contend with simultaneously.

This autumn the Advertising Standards Authority (ASA) ruled that a radio advert for a PCP offer breached the codes of practice because its terms and conditions were not at the end where consumers would commonly expect them to be.

Used car dealer Trade Centre UK marketed a Citroën C1 supermini and stated the finance terms early in the advert before mentioning which dealership the car was at.

The ASA then upheld a compliant which claimed that the positioning of the T&Cs information for the finance offer led to uncertainty about whether they applied to a previous advert.

In its response, Trade Centre Group said the guidance in the FCA handbook, the Consumer Credit Sourcebook (CONC) rule 3.2.3 G, stated that information included in a financial promotion should be prominent.

It said its interpretation of the FCA guidance meant a representative example should be clear, intelligible, unambiguous and timely and must be presented in such a way that the attention of the average consumer would be drawn to it. Delaying the details until right at the end of the advert would not be acting in accordance with treating customers fairly, it argued.

But the ASA felt the manner in which the T&Cs were presented lacked the necessary context as to what they referred to, which meant listeners were likely to find them unclear and ambiguous.

“We also considered that by the time the main content of the ad was heard (even though some of the figures were repeated), listeners were unlikely to have realised that the T&Cs related to the product that followed, or they were likely to have been forgotten.”

This article was first published in the December Issue of AM magazine, available to read free here.