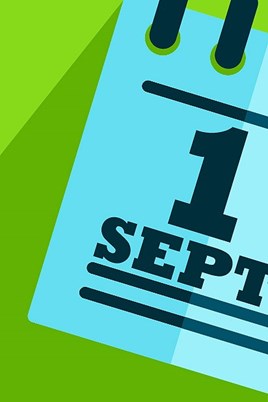 As of September 1, the way dealers talk to customers about finance and insurance changes forever.

While the finance industry is preaching confidence about the Financial Conduct Authority’s new guidelines, concerns remain about the impact it will have on profits and customer service.

The FCA has been very specific about how it wants motor retailers to deal with customers and announced a full breakdown of its guidelines in June (am-online.com/GAPrules).

Key points include giving customers all the information they need on GAP to take away, letting them know they can buy elsewhere and putting a strict four-day deferral period in place before the dealer can initiate a GAP sale.

David Parrondo, Mapfre Abraxas deputy managing director, said: “The changes put forward by the FCA are entirely manageable, but now is the time GAP providers should be stepping up with clear solutions and guidance.

“Dealers need to ensure they are clear on what the rules mean for existing processes and then work with their providers to get something robust in place.”

Tim Heavisides, Car Care Plan chief executive, agrees that if dealers are already handling their F&I sales in the correct way the new rules shouldn’t affect the process at the point of sale.

Some customers may feel like they’re already having to jump through hoops with finance, but will these new rules add even more time?

“At the point of order, just go through the demands and needs process that will already be in place and as long as you’re familiar with the new rules, incorporating them into the conversation won’t be a problem,” he said.

Parrondo doesn’t see the new rules leading to dealers having to go through more with the customer.

“Yes, there are some additional points that dealers have to communicate to customers in line with the FCA rules, but this should not be overly burdensome,” he said. 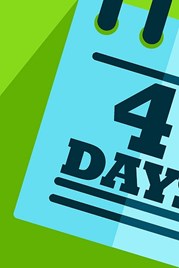 The four-day deferral period is one of the biggest changes dealers will face from September 1. It essentially means retailers are not legally allowed to sell GAP insurance until four days after first speaking to the customer about the product.

But this may not be a killer blow, according to Car Care Plan chief executive Tim Heavisides: “For franchised dealers on new car sales, the four-day deferral isn’t going to have a massive impact because generally it’s pretty difficult to deliver a new car within seven days.

“This naturally builds in some time into that deferral. When the customer comes back to collect the vehicle, if it’s after four days, the opportunity is open to talk about GAP.”

Where things may get a bit tricky is with used car supermarkets, where the model revolves more heavily on customers driving away with a new purchase on the same day. Franchised dealers with ready-to-retail used stock will face the same issue.

While most will be aware of the changes taking effect on September 1, Jerry Page, Mercedes-Benz Retail Group finance and insurance director, believes industry members are at different states of readiness.

“There is still preparation to do and not everyone’s at the same stage.

"We’ve known change has been coming and we’ve put aside budget and time in August to prepare everyone for what’s coming.

“GAP is a good product, as anyone would tell you that has had to make a claim.

“We’re refining our sales process based on the information we have from the FCA.”

Page is confident the industry will rise to the challenge ahead.

He said: “We’ll look back on these rules and wonder why we didn’t do it before because this is the right thing to do.”

However, one unintended consequence from the FCA’s rules is that in some instances where drivers go away with their car the same day, there is legally no way the customer will be covered by a GAP policy unless they buy online from a third party the same day.

Mercedes-Benz Retail is working on something which could cover that “gap” left by the four-day deferral period, which clearly can’t be a GAP clone, but will offer protection of some kind.

Page said: “We’ve got to be really careful and make sure that if we did look to offer a product, it has to be legal and correct.

"We’re still at the early stages and discussing if we may even offer it as a complimentary add-on during that four-day period.”

The impact on profits

GAP insurance is worth more than £160 million in the UK, according to the FCA, and there will likely be a negative impact on profits due to its new regulations.

How big that impact will be is still unclear.

Top-performing dealers currently have a 55% penetration rate on GAP sales at the point of sale.

“Some dealers are walking away from GAP, but we don’t think the new rules are so burdensome that it warrants that sort of reaction.”

James Tew, iVendi chief executive, said: “You have to look at why we’re in this situation, with some dealers looking at a 75% profit margin on certain F&I products.

“It would be romantic to think the new FCA regulations won’t seriously damage income from GAP sales.”

Tew said dealers would have to apply fresh thinking when looking at their finance department and he expects other add-on insurance products and service plans to see a boost in penetration levels.

Parrondo believes dealers should be looking at their customer base as a whole, looking at expanding their finance and insurance product portfolio.

“Now’s a great time to be looking at alternative channels to distribute additional insurance products,” he said.

Page is expecting GAP sales across Mercedes-Benz Retail Group’s 34 dealerships to drop over the next 12 months, but he doesn’t believe it will be a massive fall and will be more to do with bedding in the new process rather than as a result of “oversupplying the product” previously.

Mapfre has seen a “small number” of dealers considering their options, but the company maintains that the vast majority are “very confident” about the future.

Parrondo said: “Once dealers agree how to accommodate the new rules, new processes will quickly become ‘business as usual’ and that’s why we believe that if you get the approach right and are being supported by your GAP provider, there should be minimal pain involved in this.”

Dealers expecting leniency on the new rules can think again.

As with any of its rules, the FCA will expect conformity from the date they come into force.

The FCA’s approach to monitoring dealers is, at present, unclear.

However, Mapfre’s advice is simple – be ready for September 1 and remove any doubt.

Dealers need to be able to provide evidence of what information was given to the customer and when and there must be a clear audit trail in place.

Mapfre’s dealers are using a system that incorporates a date-stamped audit trial, which is stored on its point-of-sale system as a permanent record.

One dealer, who preferred not to be named, said: “The FCA wants a scalp and there will be a dealer group that will be made an example of.

“I would imagine the FCA will give it a couple of months and then descend with an audit on a large dealer group.”

A case of bad timing

When the Financial Conduct Authority (FCA) announced in June that it was intending to launch its new regulations on September 1, most in the industry thought it was some sort of cruel joke.

In response to the finance industry’s annoyance at choosing a plate-change month, the FCA said: “It is important the rules should apply from September, so the increased number of customers purchasing vehicles will benefit from the remedy.”

Jerry Page, Mercedes-Benz Retail Group finance and insurance director, said: “We could have done without it being on September 1, but we’ll be ready.

“We’ve got a team of four people working on training staff. We’ll be doing the training throughout August, which is typically a quiet month anyway and it will mean the new regulations will be fresh in people’s minds.”