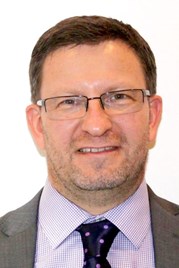 AM: There is a spotlight currently being shone on finance in the UK’s automotive sector – what is your take on speculation about a mis-selling scandal or financial crisis?

Adrian Dally: The news coming out of the FCA and the Bank of England is not always as it is being reported. The FCA is a very lawyer-dominated organisation and is very precise in the words it uses.

What is going on here is what we always expected. They are a new regulator in the finance space and motor finance is the second-biggest area of consumer finance. One of the things it wants and needs to do is get an understanding of the market.

We always expected it to do this exploratory piece of work. If I could use a motoring metaphor, rather than honing in on a particular valve or widget, they’re looking at the motor finance industry as a whole.

AM: But they have specifically mentioned potential mis-selling in automotive finance and cited that as a reason for its investigation, haven’t they?

Adrian Dally: The FCA has never specifically used the term “mis-selling” or asserted that those things are happening. What people have latched onto is mention in the FCA business plan of “inappropriate lending”.

What they are doing is a review of the industry, but there is no assertion that anything like that is taking place. Any credit market is vulnerable to issues if it is not working in the interests of the consumer, but ours is, I have no doubt about that.

The FCA has by no means chosen the automotive industry as its first sector to look at, despite it being the biggest after the mortgage market, and I think that is a key indicator of the health of the industry.

AM: What proportion of the motor finance sector’s lenders are FLA members?

Adrian Dally: About 98-99% are members. We had 45 lenders among our membership and they are the biggest in the industry.

AM: Are FLA members liaising with one another and taking any additional measures to address the concerns many commentators are voicing?

Adrian Dally: The critical part of the chain in all this is the point where the product meets the consumer, which is usually in the dealership. Ten years ago, the FLA recognised that this was the riskiest part of the chain and put in place the SAF initiative, which 32,000 dealer staff took last year and which aims to eliminate that risk at point of sale.

AM: Is there a real risk here of a financial crisis in the motor finance market, such as the US experienced with its mortgages?

Adrian Dally: Don’t ask us, ask the ombudsmen, where any mis-selling issue would be referred. Look at the data coming from the financial ombudsman. The complaints are so low and the upheld complaints rates so insignificant that they are not even published by the FOS (Financial Ombudsman Service). That tells you something about the levels of financial risk we represent.

For any one of our members, the basic dynamic is that you only have a business if you loan to people you know can pay you back. It’s essential that you are assessing each customer properly and responsibly.

There isn’t a crisis in borrowing and we genuinely believe that. There are no parallels to be drawn with the US mortgage crisis. Looking at what happened there it was about sub-prime mortgage lending, where the terms were not well understood. Those loans were against an asset which has a value that can go up or down. A car’s value will go in one, predictable direction.

AM: A key indicator of responsible lending might be default rates within automotive finance. Why is this data not held by the FLA and published to offer some transparent barometer of its success with consumers?

Adrian Dally: There is a limit to the amount of data that a single organisation like ours can hold, but automotive finance rates are very good and the FCA is aware of that. I can say that with some assurance because, while we do not hold that data, we do have sight of data from individual providers.