How to write an emergency action plan 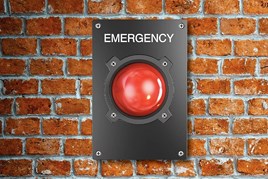 Whether natural or man-made, disasters can suddenly halt daily trading at any dealership, but for owner-operators without extensive group resources to fall back on, they may threaten the very viability of your business.

However, having an action plan can help to mitigate the worst of the effects. Andy Miller, risk control manager at insurer Allianz, works with a number of franchised dealer clients and said larger businesses tend to be more prepared for business disruption, but not all dealers give the risks much thought.

Nevertheless, he said the flooding suffered by parts of the UK in recent years illustrates a need for businesses to have an action plan for such unexpected events. For a franchised dealership turning over £15 million annually, a week unable to trade could mean the loss of almost £300,000 in sales.

In 2005, City Motor Holdings was fined £30,000 plus costs for health and safety breaches following a major fire at its Peugeot dealership in Chichester a year earlier, which forced the
business to use temporary facilities while the premises were rebuilt. The fire had started after a technician retrieved fuel from a car in the workshop using incorrect methods.

In 2012, Pendragon redeployed staff from its Durham Renault dealership to another site after the business was destroyed by fire. It was a year before the dealership was rebuilt and reopened.

In 2012, trading at Ridgeway Group’s Škoda dealership in Oxford was affected for several days when the adjacent main road flooded and was closed by the local authority.

In 2015, Benfield Motor Group’s Škoda dealership in Newcastle was flooded for several hours after a nearby water main burst. Once the water receded, the business remained trading, using temporary accommodation.

In 2015, a keen-eyed technician noticed a problem with the workshop ceiling at Milton Keynes Audi and evacuated the building minutes before the roof collapsed. Jardine Motor Group’s business continuity plan was initiated, and the workshop was relocated to the group’s PDI centre elsewhere in Milton Keynes within the week. The showroom was able to re-open two weeks later, but the workshop requires rebuilding and the collapse is still being investigated.

At insurer Aviva, Robert Ledger, head of small business, said: “We never want to think about the worst-case scenario, but when it comes to protecting your business, taking a few simple measures now could make a huge difference to your recovery.

“If you are unfortunate enough to suffer a major incident or interruption, then it will be a challenge for you to continue to satisfy your clients and remain in business.

“Business continuity planning is important for organisations of all sizes, because at its most fundamental level it seeks to minimise the chances of the business suffering an incident that  damages or disrupts it, and maximise the ability of the business to recover and continue trading.”

Aviva’s research showed 62% of SMEs do not have business disruption cover in their commercial insurance, while 21% have suffered an incident that affected their trading and 15% felt the impact for at least two to three months.

Miller said it is best practice to have ‘battle boxes’ prepared for such eventualities, with one stored on-site near an emergency exit ready to be grabbed and a second held off-site as a back-up. It should contain all the items required to manage an incident, such as copies of the business continuity plan (see panel on page 66), the fire risk assessment, asset register and inventories, company stationery, data restoration instructions, insurance documents and a disposable camera.

Cox Motor Group operates Honda, Seat and Volkswagen dealerships in Lancashire and Cumbria, where floods caused devastation in December 2015. Although its showrooms in Lancaster and Kendal were on high ground and avoided the waters, customers and staff were affected. Two members of staff could not get home and had to stay overnight at the dealership.

Managing director David Cox said trading was disrupted at both operations and although the group spoke with its insurers the business has “had to swallow it”.

At Kendal, the Honda and Seat dealerships each lost a weekend’s worth of sales and had significant disruption to aftersales and sales appointments over the subsequent fortnight.

At Lancaster, the flood knocked out an electricity sub-station, leaving the town and Cox’s two dealerships without power for more than 24 hours. Cox said the impact was a weekend’s worth of lost sales and a day’s worth of cancelled services.

Cox said: “We certainly hadn’t a contingency plan regarding electricity. In the past, during building work, we ran a dealership on a huge generator. It was expensive, but this has shown it is worth thinking about if we’re affected again.

“In this instance, our people got on with it really well, with customers in mind immediately. Yes there was disruption to the business and there will be a knock-on effect in some respects as well, but our people limited it.”

Members of staff loaned trade-ins to locals who had lost their cars in the flood and even generated positive publicity by buying Christmas presents to be distributed to local children.

“For those who haven’t a plan to deal with flooding, it can be a challenging situation, especially with writing off cars, getting the water away and having to handle the aftermath. It’s such hard work when you have so much to do anyway,” said Cox.

It is not just natural disasters that dealerships have to consider for their emergency action plan.

On February 1, stricter sentencing guidelines came into effect for health and safety breaches. A business’s turnover is now taken into account, meaning large companies could incur million-pound fines. The benchmark fine is £3m for a medium-sized company with turnover between £10m and £50m.

The first step to managing risk is to ensure that workplace transport safety forms an integral part of the business culture and is included in the formal health and safety policy.

This will safeguard employees, customers and members of the public as well as protect a business from prosecution and reputational damage.

Document what the dealership does, and must continue to do, to operate effectively.
Consider the business’s targets and what outputs are required to achieve these.

What is the minimum service level required to fulfil customer requirements and avoid permanent loss of custom?

How long will customers tolerate an interruption to the service before taking their business elsewhere?

Assess the risks.
Identify the key threats to the dealership, such as fire, flood, IT failure, data loss.

Determine the measures that would minimise the likelihood of such threats occurring.

Decide which of these measures are practical to implement and over what period of time.

Put a plan in place to help cope with the initial period after an incident.
Pre-planned actions taken immediately after an incident can have a big impact on the subsequent recovery of the business.

Keep a record of who will be the key emergency contacts you will need to inform about the situation, including your main suppliers.

Identify which damage limitation measures, such as removal of equipment, assets and files and securing the property, will be done and by whom.

Consider what short-term measures and work-arounds will be required, such as hiring temporary showroom facilities and equipment or sub-contracting PDI work, in order for the dealership to stabilise at the minimum service level already identified.

Outline how the business will recover.
This could include establishing how long it would take for the original premises to be restored to normal operations; how the progress of the restoration work will be monitored, including the ordering and installation of replacement equipment at the appropriate time; and maintaining contact with customers to win back any lost business as capacity improves.

Rehearse the plan and keep it updated.
Personnel with a key role in implementing the business continuity plan need to be familiar with its contents and procedures.

Bring the team together and run a ‘desktop rehearsal’ for an unexpected incident, to identify whether the plan has enough information to allow you to deal with the incident and its immediate aftermath.
Regularly review whether the data and contact details in the plan are still current.