Is 2015 the year used car finance will finally take off? 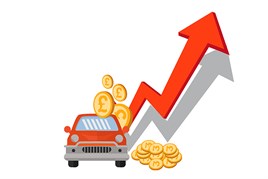 Motor finance providers expect PCPs to grow in influence this year in the used car market. Retail loans in the sector are forecast to rise again, but not as fast as in 2014, and dealers are being told they will have to be smart to maximise profits.

PCPs carried the new car market during the recession and continue to dominate the segment in a healthier economy. Similar products for used stock are now a focus of attention.

The Finance and Leasing Association’s latest survey of motor finance senior executives is encouraging for dealers. It suggests demand for loans from buyers of new and used cars will continue to grow in 2015 but more slowly than last year.

Kirk Franks, head of national sales at Alphera Financial Services UK, said used car PCPs would have an impact as more dealers focus on ensuring their offers attract consumer interest. “Dealers’ stock profile has to be right, and the PCP product strong and flexible enough,” he said.

“The impact used car PCPs are likely to have on franchised dealers is entirely dependent on how they target their sales departments and manage their stock.”

Franks said it may be in the interest of both a dealer and their customer to transfer a purchase from a nearly-new car to a new one, while for others a used model was more appropriate.

Franks said acquired stock should complement either franchised dealers’ new car offers or the current stock within used car operations. As well as targeting campaigns to customers, it was wise for dealers to work with a finance provider to come up with innovative and varied marketing offers that also make use of finance providers’ retention tools.

“Consumers are drawn to the flexibility of PCP,” he said. “The term of an agreement is driven by affordability and we are seeing more bespoke offers focused around the customer change cycle. These are moving away from the traditional terms of 24, 36 and 40 months to 24-60 months to suit each customer’s requirements.”

Keith Brock, managing director at Wessex Garages, said that after five years of rises in new car PCPs, he expects most manufacturers to focus their efforts on renewals.

“There will still be the same sort of supply of ex-demos and courtesy cars, short-term fleet deals and company cars to fuel demand in the used segment,” he said. “Customers will still consider used cars, often when taken onto sites by new-car PCP deals.”

Brock said people further down the chain will be able to move up to newer cars on PCP: “The question is whether finance companies will broaden the qualification criteria even more, so that any car can be funded through PCP.

“Customers have been educated into thinking they can get a better deal if they arrange their own finance and come in as a cash buyer. Dealers are starting to follow manufacturers in offering finance deposit allowances through used finance in order to counter this.”

Brock said used car finance trends include fixed-rate APRs, removal of set-up fees, and identical rates regardless of term. Term lengths were about 36 to 42 months: “a major job here is to lower that and refocus on shorter-term plans”.

Chris Sutton, managing director at Black Horse, said PCP renewals offered opportunities relating to registration targets and the provision of used car stock. These would have to be balanced with good used car marketing to achieve optimum stock turnover and margins from the used car department.

“Finance is increasingly an important marketing factor, so dealers need to continue to offer competitively priced loans to encourage strong footfall into showrooms,” he said.

Sutton said PCPs attracted to new cars people who previously bought used cars. “PCP is now growing in the used car market and accounted for one in four motor finance transactions in 2014,” he said. “That compares with 12% in 2010, but there is no clear evidence yet that this is shifting used buyers into younger used cars.”

He said the challenge for franchised dealers would be ensuring that any continued growth in the new car market is not at the expense of used retail sales. The most popular form of financing for new car purchases is PCP, which typically matured over 2.5 to three years.

Sutton said the motor retail industry was adapting to changing consumer behaviour and a growing preference for online research. As dealers looked for better ways to engage early with customers, those who are progressive will want to embrace more digital tools as part of their sales and retention process.

Karl Werner, head of sales at MotoNovo Finance, said to increase finance sales to used car buyers, dealers need to ensure their finance rate information was online, while also informing and educating prospective customers about dealer finance. “Above all, dealers need to develop their online finance process capabilities to enable customers to self-propose their own finance,” he said.

Werner said used car finance was lagging behind new, with only a small increase in sales over the past 18 months, but there was an opportunity to increase sales. To realise it, dealers should widen their approach to promoting finance.

“Customers are often making buying decisions on limited information,” he said. “Classically, this is driven by rate and the age-old perception that by paying cash they get a better deal. Unfortunately, customers may never discover the potential for a PCP on a used car. The convenience and high acceptance rates typically associated with dealer finance information is not online or is not clearly accessible online.”

James Broadhead, chief executive at Close Brothers Motor Finance, said PCP would continue to grow as car use continues to become more attractive than ownership. “On the surface, this may appear to be a problem for the used car sector, in reality used car PCP is also growing in the marketplace,” he said.

“The key for all types of dealers is to utilise the product to enhance customers’ buying experience and really put them at the heart of the decision-making process.”

“Manufacturer-supported PCPs’ major impact on new car sales looks set to continue,” he said.  “However, from a dealer perspective, this has

Hughes said this trend could fly in the face of dealer ambitions to stock newer, better-quality used cars, although increased reliability across all

“However, many dealers still prefer the simplicity of longer-period HP over the obvious customer retention benefits of PCP,” he said.

“The FCA’s principle of ‘treating customers fairly’ (TCF), and ensuring customers are made aware of all available products, will help in this respect, but the key ingredient will be training.”

Hughes said if dealers embraced FCA regulation and focused on increasing sales penetration, they would see greater value in marketing and income from a more proactive approach to used car finance.

He said dealers needed to work on understanding opportunities arising from regulation and the growing use of technology and leverage the value of finance as a marketing tool.

Hughes believes the arrival of the new FCA regulation is only a beginning of change that could benefit dealers. “This is because we have seen strong growth on PCP for used cars for a number of years,” he said.

“The emerging change of the finance model as a result of FCA will, in our view, only accelerate this process as dealers embrace the concepts of TCF, transparency and providing all customers with full explanations of all products available.”

Manufacturers’ need for the UK to absorb European production will further stimulate PCPs, which are already encouraging people to change cars more frequently, according to Glass’s.

Rupert Pontin, head of valuations at Glass’s, said: “As used car PCPs become more efficient and cost-effective, it is also likely to bring customers of older cars into newer cars.

“This type of activity will probably have a downward pressure on used car values although we are some way from this impacting the market. Dealers are always quick to embrace new finance products as in most instances these changes enhance their ability to sell cars. The rise of the used car PCP is going to be foremost in the coming 12 months.”

Pontin said dealers should look at working in partnership with their finance providers to bring buyers back to the market earlier than the end of the lease or contract period. This was already common practice with new car sales and already has significant support from manufacturers.

“Used PCP periods are looking fair, but the issue is around the deposit size in relation to the final balloon,” said Pontin. “Equally, the final payment is an uncertainty at the moment because finance providers have limited forecast ability on used car products. We are looking at a market that will be significantly affected by increased volumes of used cars in the coming 12 to 18 months.”

James Tew, chief executive at iVendi, said there were massive increases in PCP penetration where online finance tools are provided through digital channels. “More and more finance providers and manufacturers are giving dealers access to this kind of capability, allowing customers to ‘play’ with different finance products. This is the single most important thing that can be done to ensure that used car PCP penetration is maximised over the next couple of years.”

Some lenders are adopting their own interpretation of what constitutes a compliance policy and process, said Mark Gow, sales director at DSG Finance.

“With so many lenders taking such a variety of different positions on such important areas as package structures and assessing affordability, it is becoming much more difficult for dealerships to manage multiple funder relationships.”

He said there appeared to be an increasing demand from both large and small dealer groups to have a simplified funder policy, which is much easier to communicate and monitor.

“By having a greater understanding of dealerships’ requirements, the motor finance provider can help their client operate much more effectively in securing improvements in performance and results.”

“They should be shouting their FCA authorisation from the rooftops with pride,” he said.

“They operate regulated businesses that treat customers fairly in line with regulation and offer facilities that ‘Bob and his bunting’ can’t. This is going to have the biggest effect on used car financing.”

Guy said used car dealers who failed to gain authorisation would only be able to sell vehicles for cash and offer non-regulated warranties. “This puts those who have FCA authorisation in the premier league of dealers as customers can identify they are dealing with a firm is that is regulated,” he said.

“Customers who buy from a dealer who has passed the FCA criteria, and operates ‘treating customers fairly,’ are able to make a purchase using the full suite of facilities that the lower league dealer can now no longer offer.”