Feeling Kia's Beat - the story of its flagship brand centre 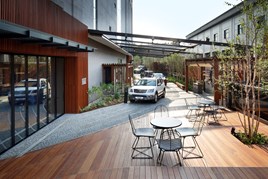 In the modern era of fast-moving, always-on, highly informed consumerism, selling cars is now more than just about test drives, dealing and getting a signature.

With so many choices now on offer to the car buyer, carmakers are becoming much savvier about engaging with customers, looking beyond the traditional interface – the franchised dealership – to get their brand message over.

We’re seeing more brand experience centres – especially in metropolitan areas – such as Audi City in central London and Seat Stores in the Lakeside and Westfield shopping malls. These are more about introducing consumers to the brand and its products, with the hope of ultimately facilitating a sale.

Kia has taken a slightly different approach at its Beat360 ‘brand exhibition space’ in the Korean capital of Seoul, which opened in June. Situated in the city’s Gangnam shopping district, it’s designed to be a welcoming space that showcases the company’s vehicles alongside somewhere to relax and socialise.

Kia is a brand on the move: in the next five years, it plans to launch 106 new models globally, 38 of which will be entirely new, while it also has 14 models powered by alternative fuels slated for launch by 2020. It's also on board with the self-driving future, with features on its cars by 2020 and full autonomy by 2030.

This ambition is reflected in Beat360, which isn’t designed primarily with direct sales in mind (it currently only accounts for 15 actual sales per month), but with creating a space for people to meet, while at the same time exposing them to the brand and its products. 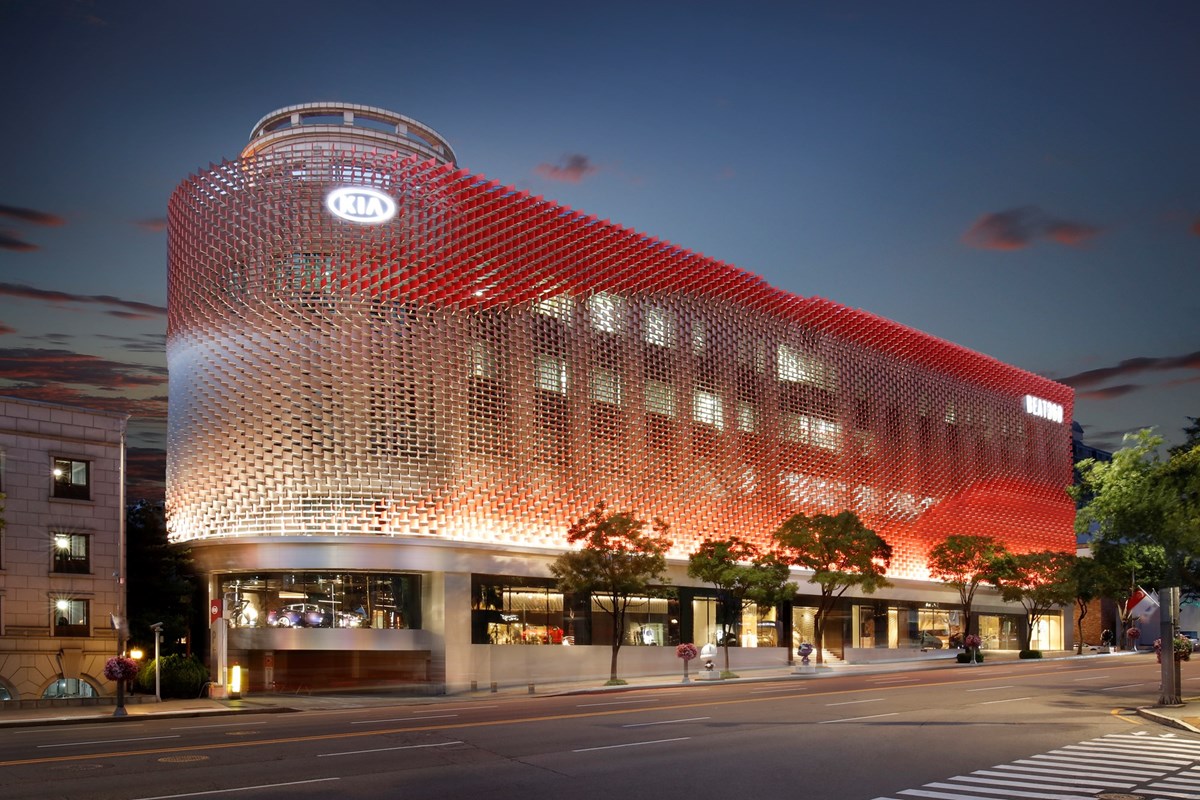 The interior is divided into zones, each with its own character. On entering, visitors are immediately enticed by a café zone, which is designed to replicate to the coffee shops that proliferate in Seoul and attract friends to come along to meet up for a drink and chat. The only difference is that Kia’s new Stonic compact SUV is positioned in the background, available to have a look around.

Any information on this or anything else at Beat360 can be garnered from one of the docents working there – an interesting choice of a rather obscure term for a guide that comes from the world of museums and galleries, which ties in with Kia’s vision of Beat360 as an exhibition space.

Visitors can also step outside to the Garden Zone, featuring more rugged, outdoorsy cars such as Sorento, Nero and Sportage. An al fresco seating area is augmented by displays of accessories, including customising parts from Kia’s Tuon aftermarket subsidiary. Golfing fans can also indulge in some putting practice over a short course of five minigolf greens.

Business customers are also catered for on a Salon Zone, which is more male-oriented, with its leather sofa and chairs, vinyl records and darker woods. The accompanying car in this area is the new Stinger, which is a serious attempt by Kia to take on cars such as the Audi A5 Sportback and BMW 4 Series.

Technology is also a major part of what Beat360 offers. So there’s a highly impressive interactive drive-in movie, based on Antoine de Saint-Exupéry’s The Little Prince, that uses Hollywood-quality special effects; a virtual reality Stinger racing experience, using the Microsoft HoloLens system – the only such use in Korea, claims Kia; and an augmented reality headset system that displays information about the models on display.

The question a hard-nosed car company executive might ask is whether carmakers can afford to spend not-insignificant amounts of money on such extravagances, when there’s no guarantee that actual sales will be forthcoming?

That’s not what Beat360 is about, though. Kia CMO Chun-kwan Suh says that it “takes customer experience to the next level”. OK, so cynics might mock that as a trendy, but meaningless phrase, but OEMs are doing business in an era – and an industry – that is experiencing unprecedented disruption, so everyone’s searching for a language that reflects what’s happening around them.

And all the old certainties about selling cars have fallen away in recent years, as consumers do hours of research online before entering a dealership, sometimes don’t bother to test-drive a car in advance of signing on the dotted line and aren’t even interested in buying a car, but just leasing something for three years before moving on to something else.

In this kind of environment, carmakers need to seduce consumers with their brand values, tempt them into thinking that they understand them and are like them, and offer something more than just a one-off transaction that is often seen as one that resembles that between predator and prey.

Kia has no plans currently to roll out Beat360 to other cities, but as these types of locations become more commonplace in the automotive industry, it wouldn’t be a huge surprise to see them spread to metropolises far and away.

Especially as the pace of always-on, highly informed consumerism isn’t going to slow down any time soon.