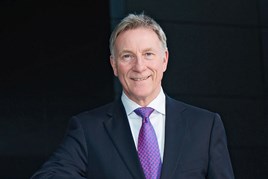 Lexus seems intent on manufacturing satisfaction, not simply cars. The Japanese premium brand has consistently ranked highly in independent car ownership surveys such as Driver Power, its dealer network is applauded annually for its customer care, and those same dealers consistently give the franchise an enthusiastic thumbs-up in the NFDA Dealer Attitude surveys.

However, compare it with premium-segment rivals such as Audi, BMW and Mercedes-Benz and it still seems to struggle to be noticed by most UK car buyers. Even Jaguar outsold it by two to one new cars in 2016, and Porsche was just a few hundred units behind it.

Ewan Shepherd, director of Lexus UK, told AM the network shares his confidence that the goal can be achieved. They have been buoyed by the success of the NX crossover SUV since its launch in 2015, and now dealers have also seen a small crossover SUV is on the way, previewed by the UX concept car at the 2016 Paris motor show. This additional model to Lexus’s range will compete with the Mercedes-Benz GLA-Class and BMW X1 in what is expected to become the largest sub-segment of the premium SUV market.

It puts pressure on Lexus’s marketing actions, Shepherd conceded: “We need to ensure we maximise the impact (of our new model) on our awareness, and a key part of our strategy is to make sure we have frequent lifecycle actions (such as equipment revisions and special editions) every six months on our long-standing models. 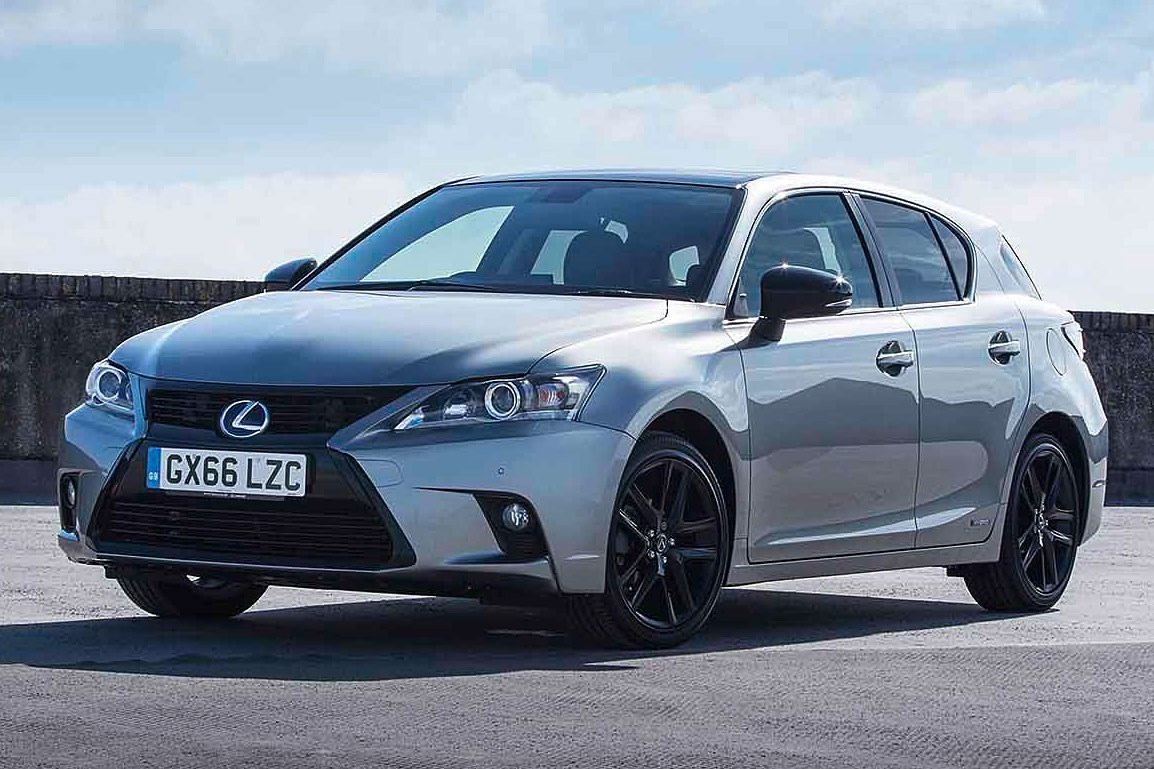 “That’s not something we have been really good at over time, but our colleagues in Japan are listening to us in Europe and responding with more regular lifecycle actions. On the back of that, clearly we need to make sure we have competitive offers in retail and fleet.”

When Shepherd moved from Toyota in April 2016, he saw an immediate need to make Lexus more visible. Since then, the brand has stepped up its experiential product placement at national and local dealer levels to put Lexus cars in front of premium buyers, such as through displays at shopping centres and garden centres, or forming partnerships with local premium restaurants.

At the same time, Lexus broke from its conservative tradition and began to promote the accessibility of its cars through monthly payment. Online marketing and national TV advertising for the RX introduced a monthly price, and Shepherd said that has certainly led to enquiries. Lexus delivered more than 10,000 test drive bookings to the network in 2016.

He said a sustained higher marketing spend centrally per unit, typically associated with a product launch campaign, will continue to turn heads towards Lexus over the next three years.

Lexus has 45 dealerships in its network. A third have already undertaken a showroom corporate identity update and it is offering a seven-year interest free loan to the rest of its partners to fund it. Alterations include changes to areas such as the customer lounge, private consultation rooms and vehicle hand-over areas, expanded used car space and new digital tools.

Shepherd said the changes are in recognition of a need for more capacity and systems as the volumes of new car sales, and consequently used car sales, increase.

“We’ve had three solid years of profit growth, which had been fairly intermittent over the years when we hadn’t had a steady flow of new product coming through, so it’s given us confidence to build for the future,” he said. The network is “walking towards” Shepherd’s goal of a 2% average RoS – most dealers already achieve or exceed this, but the bottom quartile brings the average down, so these dealers will be under intense focus this year.

His aim for 2017 to 2019 is to prepare the network for the future, because in the next decade it will be handling higher volume and will need to excel at sales and aftersales to achieve the RoS ambition.

Since its retailer conference in Q4 2016, Shepherd has begun conducting a three-year business plan exercise with dealer partners to help them to understand what their sales volumes are likely to be, what they will need to spend on marketing, and the numbers of salespeople and technicians they will require. Dealerships currently have an average headcount of 20.

The volume increase will be absorbed by the existing network. Lexus plans for perhaps one or two additional dealerships to fill strategic open points, but will not expand the network significantly.

“If the way customers buy cars wasn’t changing, I’d say we would probably need three or four extra points. But we’re taking the opportunity to look at different types of representation for Lexus.”

One possibility it is looking at is a ‘hub and spoke’ arrangement with a satellite site, rather than requiring a partner to build a large new centre, and another option is a store inside a shopping centre. It is already working with some franchisees on pop-up stores and will examine the results before deciding on whether it needs a more permanent presence.

There have been a few ownership changes within the network over the past 12 months – Lookers sold Hatfield Lexus to Steven Eagell last September and Lexus Leeds to Vantage Motor Group last April, and Steven Eagell bought two more Lexus centres from Jardine Motors Group in February. Shepherd said there is no network review under way, but acknowledged that some partners were ambitious to expand.

Lexus dealers’ online performance is also significant, of course. Shepherd said dealers are expected to have “a comprehensive approach to marketing within their area of responsibility”, and Lexus monitors their response rates and ability to manage leads in an effective and prompt manner, because those are critical to customer satisfaction.

Lexus 'has to be open’ to digital sales

“One of the earliest points where you can disappoint the customer is if you don’t respond fast enough digitally,” he said.

Asked about potential online sales, Shepherd said: “If that’s what the customer wants, we have to look carefully to ensure we will allow them to purchase the way they want to purchase, and if that’s another channel then we have to be open to it.”

However, with Lexus’s reputation for exceptional service, it would have to ensure the customer experience is right before launching such a channel, he said.

Lexus dealers are clearly not chasing volume in the way some of the German premium brands are. As its cars are imported from Japan, it is unable to discount quite as heavily as the market leaders to win the most costly fleet business. However, dealers have successfully targeted their local businesses with monthly payment contract hire, and SMEs are a target area for growth.

Since mid-2016, four centres have been trialling the role of brand ambassador, who identifies the best place to show the cars in that territory, gets the cars out into the local community and businesses, builds the relationship with the place and is present on the day to interact with the audience and customers on site.

“It’s a unique role with a specific set of skills, but the four are doing a fantastic job at changing people’s perceptions of Lexus.”

He said it was an evolution of the traditional business development manager role. It’s not additional resources, but a redeployment. From the results already achieved Shepherd is keen to develop the role throughout the brand.

He said relatively modest volumes allow Lexus sales executives to focus on looking after the customer rather than how they will sell the next car. To avoid high commission colouring the experience, many franchisees now pay £25,000 basic and a smaller commission. The role is evolving into more account management than outright sales, said Shepherd.

Why Lexus wants to treat customers like house guests

Shepherd said Lexus wants customers to come in and be treated like a guest in the home of the person they are seeing, under the Japanese hospitality principle of Omotenashi – ‘to entertain guests wholeheartedly’.

To support its new global tagline – ‘Experience amazing’ – Lexus GB is one year into a retail programme called ‘creating amazing’. This is headed by a dedicated national manager and is focused on working with individual centres to develop an even greater focus on customer satisfaction within their business.

The programme breaks down the customer journey to each individual touchpoint, to analyse what is the right thing to do and how the dealer can make it a special moment for that individual customer, not just a process you go through with anybody.

“It’s a combination of excellence at the basics plus having details provided to you because they’ve thought about you as an individual,” he said.

At dealer level, it’s about a culture and a desire to have friendly discussions with customers and listen to their needs. 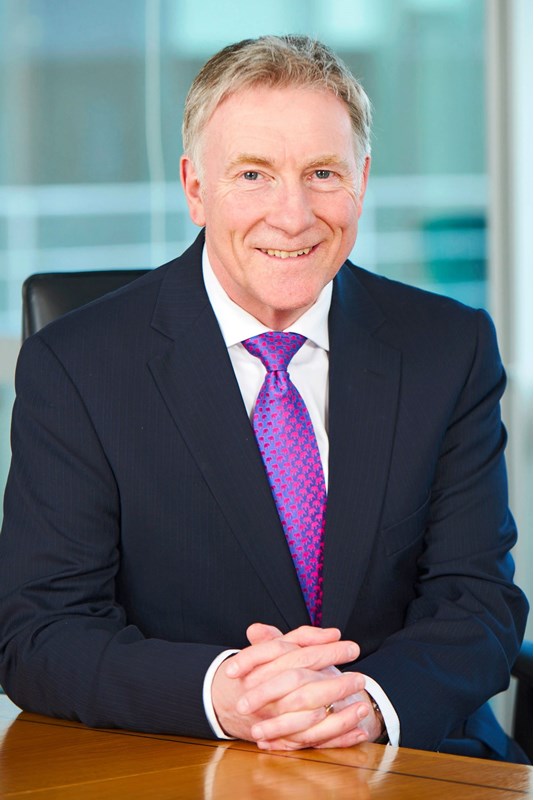 Shepherd said often the best input came from the delivery drivers and the technicians, rather than the managers. By generating ideas from the bottom up, they get adopted. These are particularly important roles, as many Lexus centres have long provided collection and delivery to the owner, so some customers’ interactions with the business could be purely through well-trained delivery drivers.

“I think that’s why we stay ahead of the competition, because we have this deep-seated belief that doing the right thing by the customer is going to pay out,” said Shepherd.

There is some evidence of the success of this customer focus. The brand is still providing aftersales to about 56% of the entire Lexus parc, including models 10 to 20 years old and under the third or fourth owner. All cars more than five years old qualify for a discounted service, Lexus Essential Care, and the brand also has a two-year package of services and MOT tests as a further retention tool.

“We still want those people who buy a used Lexus through an independent to want to come to a Lexus centre for a great experience at the right cost. I still think there’s more opportunity there, because there are loads of cars over 10 years old where we want the opportunity to satisfy the customer,” said Shepherd.

Bonus has been removed from customer service scores, and is now determined by the number of four- and five-star ratings given by customers through Reevoo.

Shepherd said it is a shift in emphasis compared with many other brands, but it’s the right thing to do because it makes dealers genuinely focus on delivering an outstanding experience.

“If they don’t get that strong rating, the customers aren’t going to follow,” he said.