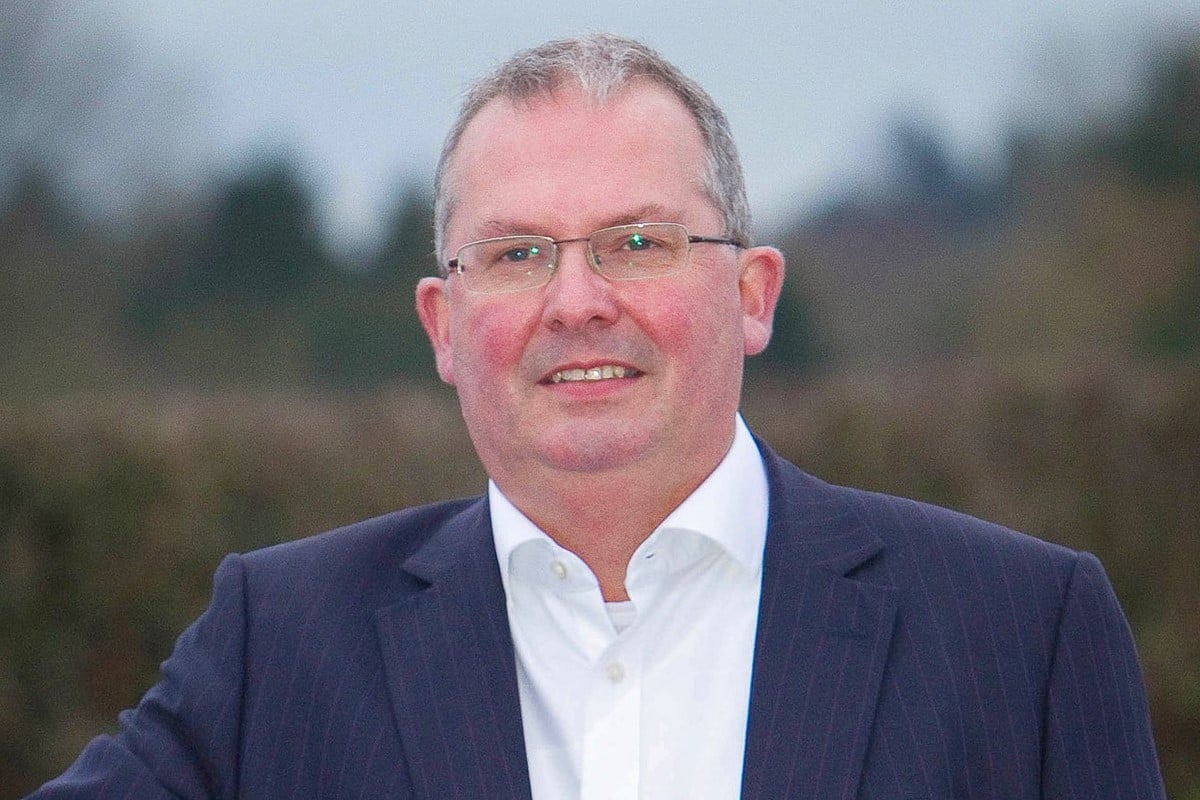 Almost 20 years since he left Ford to work in other industries, Nick Laird returned to motor retail in late 2017 to steer SsangYong UK as it sought a replacement for departed managing director Paul Williams.

Laird accepted the mantle of managing director himself in January of this year and has now set a course for the brand – winning sales from local businesses and giving dealers more finance tools to work with.

Laird expects the brand’s sales performance this year to continue “to have its ups and downs”, due to the introduction of the WLTP testing regime in September, which places short-term constraints on what it can import while all models achieve certification.

Last year, SsangYong’s registrations reached 3,590 units, down from 4,444 in 2016. The model to suffer most was the Tivoli, its cheapest car. However, the brand had increased its volume in daily rental and other short-cycle channels during 2016.

Laird said it is now focused on quality retail and business sales, which he said means “selling real new cars to real customers”.

With local fleets in its sights, SsangYong wants its dealers to better understand their local business customers.

“We’re trying to find ways to address the fleet market that are right for us, our brand and our dealers. For example, some of the contract hire companies working with blue-chip companies set very high standards and requirements that they put dealers through. That’s not really a great fit for the products we have that are ‘value for money’-type. Our dealers reflect our brand, as a manufacturer that is easy to do business with and therefore not to have tonnes of standards and demands from dealers.

“As a result, some of those contract hire companies that want to mandate the length of the grass outside the showroom are not a good fit for our dealer body and therefore that’s not the market we’re aiming for.”

Asked whether the South Korean brand’s network has adequate capability to target fleets, Laird said most of his dealers have other franchises, such as Ford, Vauxhall, Citroën and Honda, so at management level, at least, there is experience of fleet sales, and SsangYong can help them with central marketing resources.

He said SsangYong dealers with no other franchise or just a retail franchise, such as MG, would require more support. The brand is trialling a fleet programme working with about 20 dealers at the moment, to work through what processes, commercial terms and marketing campaigns are right for them to sell effectively. It includes an additional margin incentive.

He said “one or two” big-brand fleet customers with specific requirements may be managed centrally by staff at SsangYong’s Luton base. In January 2018, SsangYong appointed Vanessa Cox to the newly created role of PR and key relations manager. Cox, who previously worked in corporate sales and media relations roles at Mitsubishi Motors UK, was tasked with leading the fleet strategy and identifying contract hire and specialist fleet opportunities. Despite her appointment, SsangYong’s overriding ambition is for dealers to achieve success in the market segment themselves.

Laird said many of its dealers know their retail customers really well because they have operated in the same location for years, albeit not necessarily with SsangYong.

In aftersales, they score really well for quality of service – he referenced the 2017 Honest John Satisfaction Index, in which SsangYong ranked third, behind Lexus (first) and Jaguar (second). He wants local business buyers to experience the same sense of intimacy and personal service.

“Our dealers build good relationships because they know that leads to a lifetime of revenue and profit from multiple services. Those are the kind of relationships we’d like them to have in the fleet side, too.”

“We try to do the simple things really well,” he said, adding that SsangYong will not impose convoluted campaigns and daily reporting demands on franchisees.

Laird said dealers generate good margin in each sale – on average, about £1,400 per vehicle – so they have the capability to increase discounts for local fleets buying multiple new cars without throwing away all their profits. If a fleet demands more of an incentive to win their business, SsangYong UK can consider sharing that centrally with the dealer concerned.

He believes the range-topping Rexton, which has premium-grade luxuries such as front and rear heated seats, touchscreen infotainment system, reversing camera and an electric tailgate, appeals to some business owners, who may not want their staff to see them in a flashy, premium-brand SUV while their own purse-strings are being tightened.

Musso, a double-cab pick-up truck launching in July, is based on the Rexton and will target small businesses. SsangYong is bullish about its potential – marketing director Steve Gray believes its volume could reach 2,000 units.

For the first time, SsangYong has advertised on TV in two consecutive quarters of the year, and Laird said dealers’ feedback suggests it is driving footfall.

“The product is superb. We know that to get people to take the product as seriously as it should be taken, we need to improve awareness and the image of the brand,” he said.

SsangYong’s current marketing expenditure is weighted towards helping to clear existing stock ahead of WLTP in September. Once that has been completed, Laird expects Gray to assign more of the budget to brand marketing rather than tactical “merchandising” actions.

He said brand awareness should involve both SsangYong and its dealers, and he believes that the more dealers get products out in front of buyers, the better.

SsangYong currently has a 0% APR hire purchase scheme to entice buyers. Many of its retail customers tend to be older, cash-rich individuals, who like 0% offers because they feel they can keep hold of their savings.

It is working with its finance partner, GMAC, to broaden the finance offers available to dealers. It is set to agree a new wholesale and retail funding package and will announce this to franchisees on July 2.

“Today we do a lot of straight finance – five-year 0% (HP) for example – and we differentiate the deposit level between petrol and diesel, to try to stimulate diesel sales volume as we have more stock here in the UK,” said Laird.

“But we are looking to promote options, moving into PCP, for example, which, traditionally, we’ve not done a lot of. We’re working hard with GMAC to get a really competitive PCP programme for the third quarter of the year.”

With businesses in its sights, the brand could also be expected to broaden its offers into contract hire.

Good residual values are critical for PCP affordability and fleet desirability, and SsangYong believes Cap has undervalued its cars in the used market. The brand wants to share its own data with Cap and Glass’s to convince their experts. Laird said data from SsangYong’s network shows dealers are retailing used Tivolis at £600-£700 above Cap Retail, and making great margins because they are buying at Cap Clean or below. He said  used Korando Sports pick-ups are retailing at £2,000 above Cap Retail.

Laird believes low volumes through auction may be leaving the brand unnoticed.

SsangYong UK has about 60 dealers, but aims to build that to 90 sales points. Laird said the network must develop “in quantity and quality”, and he wants to meet people running dealerships where SsangYong could fit as a second or third brand, perhaps as they cope with a primary brand whose market share has declined.

“Being a smaller brand, the dealers that work for us are those who are really proactive… because we have to jointly get out there to persuade the customer to consider something they have never considered before.”

SsangYong has shut its London retail experiment, in which it funded a small team of ‘customer champions’ who were embedded at dealerships on the outskirts of the UK’s capital and who could take out demonstrator cars to prospective buyers’ homes or workplaces on appointment.

When it was launched in autumn 2016, the initiative was seen as a potential solution to SsangYong’s lack of brand representation in London. Property and people costs were making the business case difficult for such a small volume 4x4 franchise, so Paul Williams, the managing director at the time, wanted to try a brand-backed, field sales-type model for high-cost urban markets.

Some 18 months later, Williams has gone and so has the London experiment. Laird said it did win some sales, but the lesson was that SsangYong needed to “give it more scale” to make it work effectively, and it does not currently have the resources to do so. The distributor’s 2016 accounts showed a £200,000 pre-tax loss and stated an aim to restore profitability in 2018.

So for London, it’s back to square one, and an appeal for traditional franchised representation or a tactical presence from existing nearby franchisees. The prospects in London for a brand weighed down with diesel 4x4s may leave some dealers scratching their heads, but the new Korando, expected in late 2019, will include an electric powertrain.

Laird believes diesel has been “demonised”, but buyers of a large SUV for towing or off-road capability still require this powertrain (Rexton and Turismo are diesel-only), and he said SsangYong has been better protected from the mainstream market’s rapid shift as a result. Its smallest model, Tivoli, is still split 50/50 between petrol and diesel. In the medium to long term, Laird said he expects diesel-hybrid powertrains to become viable for SUVs.