Service booking firms slug it out for £9bn market 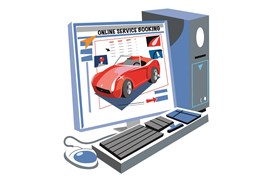 Rival companies are doing battle for a slice of the online car service booking business as the £9 billion potential of “one of the last service industries to become digitalised” becomes apparent.

Investment from major automotive brands, rapid service refinement and website overhauls have been prompted by an explosion in popularity of centralised online hubs attempting to satisfy motorists’ car maintenance requirements.

Many believe increased trust among an audience now accustomed to shopping and banking online is to thank for the upward trend that is revolutionising the way motorists maintain their cars.

Douglas Rotberg, CEO of The Motorists Organisation and the owner of the TootCompare service behind RAC Garage Compare, said: “The aftersales marketplace is worth in excess of £9 billion and is one of the last service industries to become digitalised, due to its fragmentation. However, this is changing as more and more entrants are driving customer awareness.”

Internet entrepreneur Oliver Richmond was one of the sector’s early pioneers, founding Servicingstop.co.uk with his brother Toby eight years ago.

His company’s profile received a massive boost in 2009 when they were offered £100,000 investment from three “dragons” on the BBC show Dragon’s Den.

More than 250,000 motorists a month get quotes for car maintenance and MOTs from the site, which offers consumers delivery and collection of their vehicles as a key selling point.

“More people than ever are shopping, banking and booking holidays online and it’s obvious that they are going to want to start managing their car maintenance the same way” Oliver Richmond, servicingstop.co.uk

Richmond said: “You cannot pay for the kind of exposure we got on the BBC, but it has been over the past 12 to 18 months that we have really seen massive growth.

“I put that down to increased consumer trust. More people than ever are shopping, banking and booking holidays online and it’s obvious that they are going to want to start managing their car maintenance the same way.”

Richmond said Servicingstop.co.uk had invested £10 million in infrastructure and marketing and claimed it was number one in terms of site visitors.

About 70% of the 1,200 garages represented on servicingstop.co.uk are independent traders, each paying commission on the work they carry out as a result of online bookings, but no annual subscription charge.

Whocanfixmycar.com marketing director Alex Rose,  formerly a Google marketing analyst, oversaw the smartphone-friendly re-launch of its website in January. In August, it attracted investment from Active Private Equity, the firm behind Evans Cycles.

Whocanfixmycar.com charges garages a £50 annual subscription plus commission averaging about 3.5% and lists Toyota, Lexus and Ford networks, BMW dealers in the South West, Sytner, Marshall Motors, Perrys and Stoneacre among its partners.

“In the last year, the numbers associated with our business have completely changed,” said Rose.

“In February/March last year we generated 1,300 jobs. Last month that had escalated to 10,500. Growth has been a straight line upwards.”

The site plans to expand with the launch of Whocanfixmyvan.com this winter as part of a pattern of progress mirrored across the marketplace.

A new big brand has entered the market in the shape of the AA Garage Guide, a joint venture between the AA and what was Motoriety.

Motoriety founder Lucy Burnford said: “We have spent the last five months rebuilding our site and testing it ahead of the new product’s launch in October.”

The new site gathers data on users’ vehicles and delivers prompts when servicing, MOTs, tax and insurance renewals are due. It also offers an online service booking facility.

“We champion quality and skill over price, determining the best dealer for a customer to use based on the location that they live in and the car that they drive” Lucy Burnford, Motoriety founder

Burnford said the brand has differentiated itself from “price comparison websites” by prioritising quality work by IMI-registered technicians.

“Having a product which encourages garages to push their prices down is not good in terms of quality of service,” she said.

“We champion quality and skill over price, determining the best dealer for a customer to use based on the location that they live in and the car that they drive.

“We don’t want a network of 15,000 garages just for the sake of it. At the moment we have around 1,100 garages, but expect that to increase considerably as of October.”

Rotberg’s TootCompare service gained an audience of about 10 million motorists when it teamed up with the RAC.

Now his price comparison operation is experiencing month-on-month bookings growth of 20%, with more than 30% of site visitors requesting work on their car.

With the assistance of former Auto Trader executive director Craig Stevens, Rotberg hopes to swell the number of dealerships giving quotes to consumers with new offering Book My Garage, which provides an online booking and management facility for a garage’s own website for just £10 a month.

Rotberg said: “Having been in the garage aftermarket for over 40 years, I have a good understanding of garage needs and we believe our systems deliver this.”

Online car service booking providers are keen to team up with established automotive brands, such as the RAC, to increase their customer base, but Mymotoring.co.uk – launched last September with a £500,000 investment from Maven Capital Partners – is growing quickly thanks to sister site Motoring.co.uk.

On August 31, it expanded its customer base of 645,000 to incorporate that site’s 1.4 million registered users when it launched a new platform.

Mymotoring.co.uk alerts its users of key dates in similar fashion to Motoriety.co.uk and is reaping rewards with Audi, Volkswagen, Toyota, Renault (Mycarlife), Peugeot and Ford testing various elements of the service to promote dealers to the site’s vast community.

Founder Terry Hogan sums up what will ultimately make the top providers of this blossoming new industry successful, by stating that his key priorities are to “continue to democratise the car marketplace”, giving users the tools they need to make car ownership easier and “save a bit of money too”.