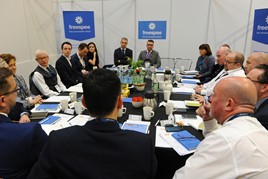 Retailers still reeling from the impact of the introduction of the new Worldwide harmonised Light vehicle Test Programme (WLTP) in September, and the realisation that the fall-out from the new legislation could be felt well into 2019, were asked to reflect on both the past year and the challenges of the 12 months ahead.

While the slower evolution in making the digital-to-physical retail process truly seamless and the accompanying shift in staffing and remuneration policy were on the agenda, it was clear that many felt at the mercy of wider market forces.

As Brexit looms large, attendees were keen to share their experiences of the new emissions and fuel economy test regime during the final four months of 2018.

Nick Allen, who along with his wife, Annie, acquired Sportif Suzuki in a management buyout from previous directors John Miskin and John Boardman in April 2018, said: “We were first made aware of (WLTP) by the manufacturer in May.

“I thought ‘we’ve just bought a business’ and assumed that it was going to be a nightmare. We 40 cars and I thought the market for them would dry up.

“We decided to see it as an opportunity and launched a big campaign. By the end of August, we had to pre-reg just one car. The money that we made in July and August stood us in good stead.” 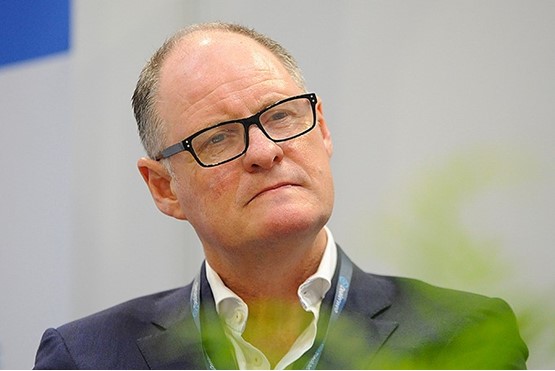 Others were left frustrated by a lack of communication, however, and the issues were not confined to the Volkswagen Group brands who, as AM reported at the time, accounted for 49% of September’s total UK market decline of 22%.

Marlone Joseph, manager, Marshall JLR Cambridge, said: “From JLR, the stock of hybrid vehicles, in particular, was severely affected by WLTP. It was frustrating. As dealers, we can only update customers on what we have and if the stock’s not coming in then we have nothing to tell them. It’s as simple as that.”

Andrew Meaden, Hendy Group Kia and Honda franchise manager, said the problem with supply had been difficult for many retailers, but that consumer concerns surrounding changes to published emissions figures had not materialised. He said: “I’m not sure WLTP has come onto many consumers’ radars. It has not been talked about by customers. It’s a manufacturer and dealer issue.”

John Tordoff, the chief executive of JCT600, voiced his concerns that WLTP’s effects could be felt well into 2019.

He said what was originally a September problem had quickly morphed into “a Q1 and Q2 problem for 2019”.

“We’re hearing that it will take that long for some product to come back online,” he said.

Is it too late for diesel?

Closer to home, Government policy will be divisive and possibly decisive in affecting car registration volumes in 2019.

Concerns continue around the pace of adoption of electric vehicles (EVs) and the effect of the Government’s efforts to cut levels of harmful emissions by driving the motorist away from internal combustion engines (ICEs), and diesels, in particular.

Meaden said the national press had led the “demonisation of diesel” before reports of rising CO2 led to the realisation that the latest diesels are cleaner and the anti-diesel rhetoric lost momentum.

However, everyone around the table seemed to agree that it was too late for the fuel. In 2018, registrations of diesel vehicles fell 29.6%, from 1.07 million in 2017 to just more than 750,000 last year, according to the Society of Motor Manufacturers and Traders (SMMT).

Meaden said the shift toward EVs could come too soon for some, with the infrastructure not yet ready to accommodate the number of plug-in cars now demanded by the market.

He said: “Again, we have an issue with a lack of consumer confidence because of the infrastructure that’s required for EVs, but is not yet
in place.

“According to the press, we’ll need three quarters of spaces in car parks. Until BP and Shell and the like put charge points in filling stations, that will be a perceived problem. It’s a perfect storm.”

Tordoff said Government policy is the key to growing or falling sales of certain fuel types, with consumers’ key concerns continuing to be cost.

He said: “I think the sales of diesel and EVs are tied into the tax policy. Nobody wants to buy a car now and find that next year the tax costs treble.”

Fresh from a financial update that detailed the AM100 group’s fortunes to the end of September, Lookers chief executive Andy Bruce said his business had weathered the worst of the WLTP impact of 2018 by turning its attention to used cars.

“I can’t remember the last time I asked someone about their business in the automotive retail sector and they said it was easy,”
he said, adding that he believed franchised retailers’ resilience and resourcefulness would see them weather the current market pressures – possibly with the help of a greater focus on pre-owned vehicles.

“What we have tried to do is approach everything with a positive state of mind. Audi was probably the most severely affected by supply .

“Our new car sales were down about 40% in Audi, but we made the same amount of money because we raised the prices and said ‘if we can’t get the same volume, why would we discount them?’

“In used cars, we improved by about 30% over the same period. Audi has lots of used cars in stock.

“I think it’s too easy for us to focus on the negatives.”

Arnold Clark franchise director Russell Borrie concurred that used cars would lie at the heart of franchisees’ business during 2019.

He said without the increased stock that might once have been sent to auction, Arnold Clark’s sites would not only be deprived of sales, but also vital footfall that can often lead to the sale of a new car.

Bruce said even a “reasonable” Brexit deal could be enough to stimulate the new car market again, suggesting that sterling could rise above €1.20 once again.

He added: “Euro/sterling is the biggest influence on our market. When the rate was €1.60, this was the land of milk and honey.

“We were sitting on a 2.7m market and rising, generally. I believe a ‘No Deal Brexit’ would send the exchange rate towards parity and that would really hammer the market.”

‘Some people don’t want to talk’

The retailers around the table at Automotive Management Live 2018 clearly had one eye on the future of the new car retail model and the impact that may have on their facilities and staffing.

Jonny Bowers, group aftersales operations, Lookers, said many consumers no longer want to interact with service staff: “Some people don’t want to talk to anyone. They just want to get in and get out. It’s a stress purchase. If someone doesn’t want to chat and would rather buy tyres that have been identified as red online over the internet then they are able to do that as well.”

Tony Choppin, group compliance manager at Stoneacre, said as well as a disconnect between some dealership processes and the needs of modern car buyers, there is also a disparity between what sales executives and other members of staff are told to deliver and the reality of their interaction with customers.

He said: “Generally, what we’re finding is that our sales executives still want to deal the customer too quickly… They’re doing their own thing and I think that’s an attitude that dates back to the 1980s and 1990s when we had a surplus of customers walking into the dealership.

“I’m always suspicious of the sales executive who makes the big margins and just disposes of customers who might prove more of a challenge.

“Some of the most basic aspects of running a dealership seem to be the things we’re moving away from right at a time when that should be at the very core of what we do.”

Borrie said the basics of customer care are being addressed by the adoption of ‘product geniuses’ at Arnold Clark.

They have been employed on a five-days-a-week contract and Borrie said existing sales executives were also given the option of changing their working patterns.

He added: “The move towards geniuses hasn’t affected sales and the advantage is there to see.

“They add a layer of detail to customers coming to us towards the end of their buying journey and they are young and approachable.”

While Tordoff acknowledged the advantage of younger, more product-focused staff, he questioned whether many franchised retailers are ready to make the move wholeheartedly.

Likening the ‘genius’ system to that of an Apple Store, where you might walk in and be served by “a young employee with a mohawk haircut”, he said: “Five minutes into the conversation you’re engaged and he’s telling you what you need to know. What would we do if he came for a job in one of our dealerships?”

Bateman added that throwing away the stereotypes would be a great thing for car retail in general, but added that the sector was failing to attract suitable numbers of women, without venturing into other minority areas.

He said: “We simply aren’t flexible enough. The change could be a great thing, but are franchised businesses eager enough to embrace it?”