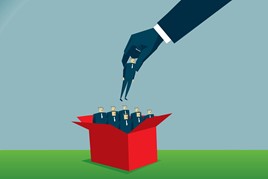 Recruiting new staff can be hard at the best of times.

It hasn’t been helped by the fact that dealerships have, in the past, often fallen into the trap of always hiring the same type of candidate because it’s the easy option.

But with greater pressure on companies to build and maintain a diverse workforce, now dealer groups need to do more than ever to help their managers recruit the best person for the job, without any bias or discrimination.

So how can they help managers to reach the widest possible talent pool while avoiding these pitfalls?

Chorley Group’s sales manager, Adam Turner, said that his company has focused on hiring people from other industries with exceptional customer service skills and then train them up. To help with this, he said that Chorley Group has broadened its recruitment channels, using social media to reach potential candidates.

“If you can appeal to them and get them to buy into the fact that the motor industry offers a wide range of career opportunities, you can find some highly skilled and motivated people,” said Turner. “It also benefits the industry in that we can bring in fresh blood to help improve and innovate the sector.”

A big problem in the automotive industry, however, as with many other sectors, is unconscious bias, where employers take a narrow view that they have to hire a replacement who reflects their own image, and they don’t have to train them, rather than thinking outside of the box and looking for someone who has transferrable skills and can offer something different, according to Steve Nash, chief executive of the Institute of the Motor Industry.

Some dealer groups, he added, have tried to avoid this by proactively going out and looking for people with the ability to do the job well rather than just focusing on experience.

“From that, they will select a group of candidates who they will then put in front of the manager to choose from,” said Nash. “That way they get people who they wouldn’t normally have considered and the process is devoid of bias, unconscious or otherwise.”

This article first appeared in the July issue of AM magazine. Click here to read it on page.

Another way of avoiding discrimination is for HR to remove an applicant’s name, gender or any other details that may adversely influence the manager’s hiring decision. It’s also beneficial to have more than one person involved in the recruitment process, so you have a broader base of opinions.

Motor Trade Select’s managing director Guy Liddall said that rather than getting pre-occupied with bias, dealer groups need to focus on finding the best person for the role. That way the individual is chosen fairly on merit, he said.

“If you don’t set up your selection process properly from the start, you are almost bound to choose the wrong person,” said Liddall. “By putting in place the right tests and assessments, you will ultimately find the best candidate.”

Managers also need to be aware of questions they can no longer ask in interview by law concerning a candidate’s age, gender, race, faith, marital status, whether they have children, or any other detail that isn’t directly related to their ability to fulfil the role. It’s up to the individual if they wish to divulge any of that information. 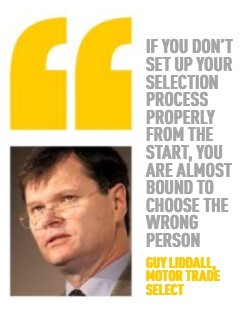 Instead, managers should ask competency-based questions, believes Darren Bradford, director at Drayton Motors. They should also hire people based on the outcome of their answers, he said.

“Before starting the recruitment process, be clear on what qualifications, skills, experience and other qualities you are looking for,” said Bradford. “After interviewing, discuss as a management team the various candidates and the reasons why their answers make them suitable or not.”

Big strides are definitely being made in the motor industry in terms of trying to weed out discrimination and unconscious bias.

However, there’s still room for improvement, which is where dealers groups can step up to support their managers in the hiring process. Until that is done, however, some of these key issues will continue to remain.

Jim Saker, director of Loughborough University’s centre for automotive management, added: “As an industry, we are making progress on the diversity front. But there’s a long way to go to break the cycle of recruiting the same stereotypical people, and finding ways to enable managers to do this.”