Boost your business for £500: sales training, web audits and classifieds 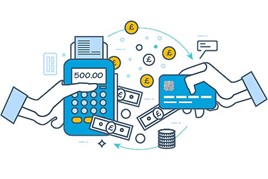 If you have a spare £500 burning a hole in your business’ notional pocket, popping it into a savings account is going to get you a pretty miserable return. Give it a year, and it might make you a fiver or so.

But, if you invest it in your dealership, is there potential to make a little more money?

Darren Bedford, sales director of training firm Symco, said investing in staff training – particularly for new starters – may be the most cost-effective investment you will ever make.

“You probably expect me to say training is hugely important,” he conceded, “but there is nothing more important.

“If your dealership attracts 100 enquiries, it’s far more cost-effective to get a better hit rate on those enquiries than it would be to double your enquiries.

“Imagine employing the wrong person and allowing them to take one fifth of your enquiries, only for them to fundamentally not do a good job with those enquiries. I don’t know a dealership out there that can afford to lose that sort of money.”

Bedford said basic training can be cheap, quick and simple for staff. For example, Symco offers smaller dealers courses that use short videos to offer staff nuggets of useful information, all for less than £300 a delegate.

“For that, you get a quality-approved programme by the Institute of the Motor Industry (IMI), so at the end of that period, assuming you pass the final quiz, you get a certificate from the IMI.

“It’s on a modular basis and it works on a very simple platform that delivers the sales executive bite-size chunks of information on various elements of their role. The sessions are no longer than 15 minutes, because then we layer people’s knowledge and the retention goes up.”

A session is emailed through every day, which the salesperson watches  and is quizzed on.

“You get tasks intermingled with that, which you do with your sales manager, which demonstrates the learning that you’ve gone through,” said Bedford.

He said just a small uplift in sales can quickly pay for the courses.

“When you think of the sale of a GAP insurance policy, you’ve virtually covered your expenses,” he said.

However, if you want to train your staff, you first need to know who you want to train. Is it all about maximising the potential of the top performers, or is it a case of building up your less successful staff?

Bedford said he could see the logic behind both approaches, but that training staff in the early days is a vital issue for the industry.

“In reality, if your top performer increases by 5% as a result of going through the training, and he’s already doing 200 units a year, the increase is far bigger than if you increase one of your bottom performers.”

However, Bedford said he believes that one of the biggest issues facing the industry is that dealers don’t  always get the time to spend with new recruits: “We take them on – often without experience – because we’ve seen a spark in them, but we don’t have a structured induction programme that helps these guys learn some complex stuff.”

What if you are happy with your conversion rates and simply seeking more leads? A range of options still fall within your £500 budget.

Pay-per-click advertising can cost just a few pence per lead, while investment in social media, search engine optimisation and email marketing can all be done cheaply.

According to Martin Dew, digital solutions director of Autoweb Design, modern technology gives dealers a host of opportunities, but that dealers need to tailor their approach to their audience.

For example, he said smaller, niche brands will need to use more targeted marketing campaigns.

For those on a budget, he suggested targeting customers closer to the purchase, rather than spending money on brand-building exercises.

“With a restricted budget, it makes sense to focus on the people closer to the buying stage, rather than bringing people in who are a bit earlier in the process.

“You have to be strategic about it and focus on the area that offers the biggest bang for your buck initially, which tends to be those who are in the market to buy a car or a service or parts right now.

“If you are spending money on brand awareness, you have to get those people to a point where they are going to convert. Ultimately, investing in that if they don’t enquire is a waste of time. If you started a marketing campaign and you don’t know whether it created any enquiries, then I question why you’re investing in that.”

However, Dew said the backbone to all digital marketing should be a good website. His company offers businesses a free website audit, which shows how and where the site is strong or weak.

“What we’ll do is an audit of a dealer’s website for SEO and conversion rates,” he said.

“If we can have access to their web analytics at that stage then we’ll do that, and we can do an audit that shows customers what they’ve got, but this is how we would do it.

“If they’ve got an additional amount that they weren’t spending, then we’d recommend where we think that spend should go, based on the facts.”

However, Dew said having an overall strategy is vital and should be the first thing a dealer sets out. Only then can a business find out what works and what doesn’t.

“I’ve spoken to so many dealers and people who have tested certain marketing ideas where they have no idea whether it worked, which is why it’s so important to determine the strategy at the start.

“Lay out the strategy, the key performance indicators and the time frame you are working to. If you don’t have that, you end up spending, but not measuring what’s happening and not feeling confident in what’s being delivered. Commit a budget to it, then you can reasonably assess whether it was a success or a failure.”

The technology available now leaves no excuse for not measuring the effectiveness of your marketing, said Stuart Buckley, the managing director of Calltracks. For £249 + VAT a month, dealers can use

Calltracks’ service, which lets them identify, via ‘dynamic numbers’, which marketing channel has led customers to call. Call recording means missed opportunities can quickly be contacted.

It would be quite easy to put your £500 into advertising on an online marketplace, but there’s still a bewildering array of options, including eBay and Gumtree, as well as more conventional sites such as Carwow and Motors.co.uk. The biggest and best-known player, however, is Auto Trader.

According to Chris Penny, the company’s brand director, the site gets 60 million visits a year, while 9m car buyers scour its pages.

Given that the Society of Motor Manufacturers and Traders (SMMT) reports 8.1m used cars and 2.5m new cars changed hands in 2017, Auto Trader clearly has access to a huge section of the market.

So it looks like a simple recipe for success: Get your cars in front of almost all the nation’s car buyers, then sell them. According to Penny, it doesn’t need a massive investment, either.

“We have advertisers who advertise on an ad hoc basis, and you can advertise a vehicle for as low as £9.95 per vehicle. But depending on the needs of your business, that could get very very expensive if you’re just throwing cars off to a website.

“We like to make sure the packages we offer are extremely tailored to the needs of the individual business. Our packages start at around £450+VAT per month, and that would give you about seven or eight vehicles to advertise, along with a dedicated account manager and a suite of data and analytics to optimise the business.”

Penny said it is that final point that is key – using the data available is the path to a successful investment.

“Often a customer will join Auto Trader and think that it is guaranteed success, and it isn’t,” he acknowledged.

“It’s a guaranteed potential for success, but you get out exactly what you put in.

“There are nine million buyers and 60m site visits, so it’s really going to be a case of however much you want to take out being dictated by the amount of effort you put in.

“Buy the right cars for your local market, price them absolutely on point from day one, then make these really sexy high-desire adverts and make customers want to engage with you.

“There’s no rocket science, but if you’re an independent dealer spending five or six hours a week making sure all your cars are perfectly lined up on your physical space, but not investing the same time in displaying your digital

forecourt with the same attention to detail and perfectionism, you’re probably going to lose.”

To help dealers get around that, Penny said Auto Trader will give customers the tools they need. As part of its customer packages, Auto Trader offers dealers the chance to join its masterclasses, where the company coaches dealers in best practice in an attempt to help customers achieve the best possible return on their investment.

“We believe we have a responsibility to educate the people who are paying to be on that marketplace to really get the best out of it, so we invest a huge amount of time, money and effort in making sure that anyone who wants to win, can,” said Penny.

“The minute you become an Auto Trader customer, you can visit any one of the masterclasses. We run a masterclass once every two weeks all over the country.

“You can come and sit for three hours and we’ll take you through all the behaviours and habits of the top-performing retailers, which is effectively a consultancy in instant success.

“At the end of that three hours, you can sit down with me or one of the account management teams and we’ll forensically go through your account and we’ll go through strategies to take out and be more successful.”

Penny said those that attend see the benefits in stock turnover and profitability.

“We’re helping people understand what it is that performs, and there are real tangible benefits,” he said.

“After attending a masterclass, you tend to sell your stock about three days faster and improve your performance versus your competition by about 10%.”