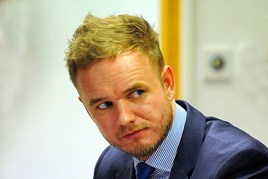 Independent car retailer Cartime is already celebrating a bumper 2017/18 ahead of an anticipated end-of-year turnover of £34 million – 20.5% up on its previous reporting period.

The growth has been achieved alongside significant internal investment, according to the Bury-based used car specialist, as it gears up to announce further expansion and the creation of a second dealership site, the location for which will be revealed in May.

Managing director Matt Kay, who is spearheading the firm’s future expansion alongside fellow director Dan Wood, said: “Having enjoyed year on year growth since our inception in 2012, this year has been about investing back into the business and it’s all helping us get to where we need to be for this next significant stage of our journey.

A statement issued by the group, which will feature in the forthcoming edition of AM’s Independent Dealer magazine, stated that profits had “already been reinvested into state-of-the-art technology and operations” as the business targets a turnover of over £50 million in the coming financial year.

Cartime’s sales and customer staff numbers have also swelled by more than 40% this year, to a current team of 67.

Industry-leading technology and advanced facilities added to the operation that spans a total of 89,000 sq-ft, with its main sales centre located on Bell Lane, include a new 360-degree turntable producing more than 80 photographs and video per vehicle and an electronic key tracking system.

The changes have come during a period which has seen Cartime increase its average stock level to 700 vehicles, all of which pass through its 70,000 sq-ft Oxford Mill preparation centre.

A third development fuelling growth for the used car retailer has been a new bespoke lead management system, it said in a statement.

Kay said: “All of our investments are geared around our growth and proposition, which differentiates us in the market.

“Close to half of all of our customers take up a cartime warranty package. This enables them to enjoy the benefits mainly associated with new cars such as free repairs, servicing and MOTs.

“And this is why we put so much emphasis in not only putting the right cars on sale, many of which are still hand selected by me, but are meticulous in our vehicle prep ahead of retail.

“The prep centre has been a real game changer for us. By keeping this work in-house, we can ensure that we deliver consistently excellent warranty cover. This is especially important to me personally, I’m passionate about treating our customers fairly. I’m sure we do lose money sometimes, but I am happy with that, as long as we keep our warranty customers on the road and happy with the service.

“We’ve also found that showing as much of the vehicle as possible, with detailed photography generated with our new turntable, is driving enquiries and conversion. The photo/video-booth turntable for the prep centre was introduced so that we can produce consistent, high quality marketing content.

“Similarly, managing stock and monitoring trends and prices with software called iControl is radically improving efficiency. Along with our new automatic key tracking system, in which we invested a further £50,000, we now have operations working really efficiently. As a result, we can now easily service the next sales centre, and hopefully a third site in 2019.”

Cartime’s results follow the SMMT’s assertions that the used car market is continuing to flourish, both nationally and across the northwest.

Reporting on 2017 sales, it said that more than eight million used cars changed hands in 2017, only slightly down 1.1% from the previous year.

The northwest reported more than 800,000 used car sales in 2017, second only to the southeast.