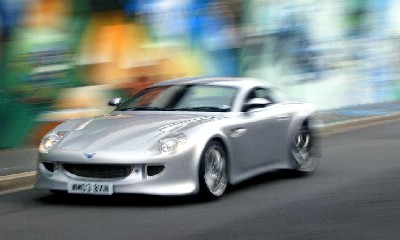 The new Invicta, called the S1-600 and based on the current model, will be powered by a supercharged 5.0-litre Ford V8 engine producing more than 600bhp at 4,500 rpm. As well as the new engine, the car will feature a six-speed manual gearbox, revised aerodynamics, full safety kit and GPS electronic driving aids.

"We are very pleased to join forces with Mike Newman’s Speed-of-Sight Project 200 to break the 200 mph barrier in a British car and highlight vision and blindness issues around the world," says Invicta chairman Michael Bristow.

"Our target is to design, build and test the new S1-600 in good time for Newman to undertake a series of practice sessions before his record-breaking run which is scheduled for October 14, World Sight Day 2004."