Was this article useful?
Click the thumbs up >
Toyota is introducing its enhanced 2005 Land Cruiser range from October 1, with a higher specification and an updated diesel engine.

The restructured range introduces a more sophisticated satellite navigation system, equipped with Electronic Traffic Avoidance (ETA) as standard on the flagship LC5 grade. The ETA function constantly monitors real-time traffic information through an FM radio signal, even when the audio and navigation systems are switched off. If it detects delays on a route programmed into the sat-nav, it will automatically offer the driver the option of a new course, avoiding any jams.

All Land Cruisers now benefit from cruise control and a front passenger seatbelt warning indicator on the dashboard, while LC3 models gain leather steering wheel and gear knob finish, plus wood inserts in the cabin trim. Both LC4 and LC5 models are fitted with a new wheel cover for the tailgate-mounted spare. As part of the revisions, the LC2 entry-level model is deleted from the range.

The transmissions for all Land Cruisers gain an extra speed: the manual gearbox changes from five to six speeds and the automatic from four to five. At the same time, the straight-six 3.0-litre D-4D diesel engine has been revised to improve performance and economy.

Confirmed performance figures for the revised engines will be announced nearer the time of launch. 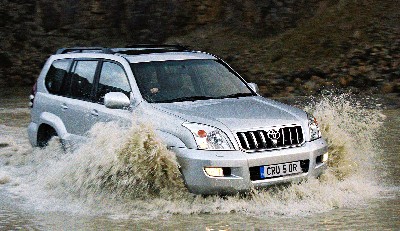 AM Poll
What is your take on the car retail sector's ongoing vehicle supply shortages? Please leave a comment
Vote
View all
4035