Was this article useful?
Click the thumbs up >
Chevrolet is to introduce a new range of compact and midsize vehicles in the UK and throughout Europe, beginning in January 2005.

Initially the product will be developed for Europe by GM Daewoo Auto & Technology Company Ltd (GM DAT) in South Korea but eventually additional models will be introduced from other facilities within GM's worldwide manufacturing network.

Chevrolet cars built by GM DAT are already sold in several markets in central and eastern Europe, in North and South America, in several Asian markets and South Africa.

Jonathan Browning, GM Europe vice president of sales, aftersales and marketing says: “Chevrolet has a global presence in more than 70 countries with sales last year of over 3.6 million vehicles.

The new range of Chevrolet cars will provide the affordable entry brand in GM’s new European product strategy as we move forward with Opel/Vauxhall supported by Saab, Corvette and Cadillac.”

Andy Carroll, designated managing director of Chevrolet UK, says: “We now have a product range that has the potential to grow beyond its previous limits and we can realise that potential growth in the UK much faster as part of a worldwide brand. Chevrolet provides a strong growth opportunity.”

The current line-up of American built Chevrolets is sold in all EU countries, along with Switzerland and Norway. Distribution of the Chevrolet Trailblazer, Trans Sport and Tahoe will remain the sole responsibility of GM’s partner, the Kroyman’s Corporation, based in Holland.

Chevrolet UK Ltd will operate from January 1, 2005 out of the existing GM Daewoo headquarters in Luton. 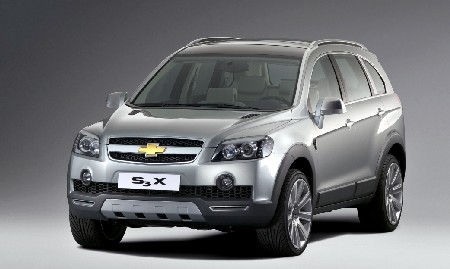 AM Poll
Are video appointments a better use of sales executives' time than face to face appointments? Please leave a comment.
Vote
View all
2339