Was this article useful?
Click the thumbs up >
Porsche will launch its new Boxster on November 27.

The new Boxster also features a revised five-speed manual transmission, with the S model benefiting from a new six-speed gearbox. The gearshift had been revised for both transmission variants so that shift travel is now considerably shorter. Both vehicles can be optionally equipped with the five-speed Tiptronic S transmission.

The Boxster is the first roadster in the world to offer passengers protection against lateral impact using head airbags. In combination with a thorax airbag, concealed on the outer side of the backrest, the airbag deploys from the side window rail of the door and provides a high level of protection for the head. 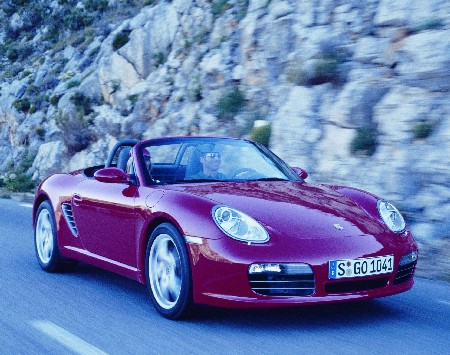