Was this article useful?
Click the thumbs up >
Audi will unveil its new Shooting Brake concept at the Tokyo Motor Show this month.

The new design was inspired by the A4 DTM touring car, the RS Q coupe (The I, Robot car) and the recently launched RS 4 quattro.

The car comes with a 248bhp 3.2-litre V6 petrol engine and a six-speed manual gearbox. The concept powers 0-62mph in 6 seconds and reaches an electronically limited top speed of 155mph. 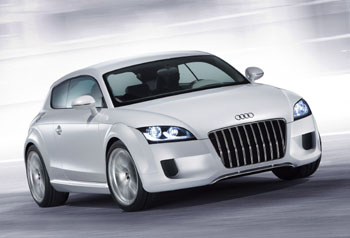 It includes a new version of the Multi Media Interface operating system (MMI) featuring 3D navigation from a new touch screen monitor onto which destinations can be ‘written’ using the tip of a finger. The system’s character recognition facility enables it to read English handwriting types, Latin and Japanese. Destinations and details can also be input via a PDA-style remote control handset.

A new damping system will also be included on the new concept. Audi’s ‘Magnetic Ride’ replaces conventional damping fluid with a substance which can be magnestised and controlled by the car’s computers. This allows the car’s ride to be adjusted automatically according to driving situations. The driver can also choose two preset options: sport or comfort.

Audi said it would gauge public reaction to the concept to decide whether to consider it for production.

The concept will be on the Audi stand at the show from October 22 to November 6. 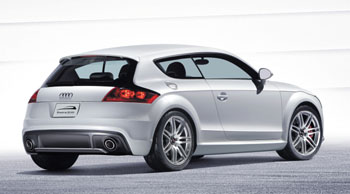 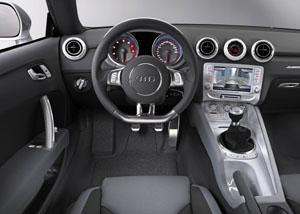