Was this article useful?
Click the thumbs up >
Mercedes-Benz will unveil its F 600 HYGENIUS concept at the Tokyo Motor Show this month.

It the latest research vehicle developed by the German carmaker and is power by a 115bhp ‘zero emission’ fuel cell.

The fuel cell’s energy can also be used to keep drinks hot or cold in the cabin, as well as power any electrical devices. 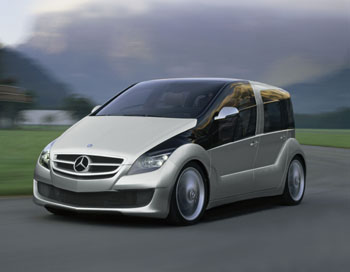 The front passenger seat and the individual seats in the rear incorporate a new technology allowing the backrest to be used either way around.

The concept also has a new driver seat that features a two-piece backrest cushion that follows the upper body movements regardless of the seat position.

Cameras integrated into the housings of the exterior mirrors keep an eye on traffic to the side of and behind the F 600 HYGENIUS, even when parked. If another car or a bicycle is approaching from behind, the system will automatically disable the doors for a brief period to avoid the risk of a collision when they are opened. Out on the road, the video system monitors the blind spot of both exterior mirrors and warns drivers about to change lane if a vehicle is approaching from behind.

The console in the front of the car can automatically detect whether it is being operated by the driver or the front passenger, enabling both to program their personal climate control settings.

The user recognition facility is based on the electrical signals transmitted in the skin. 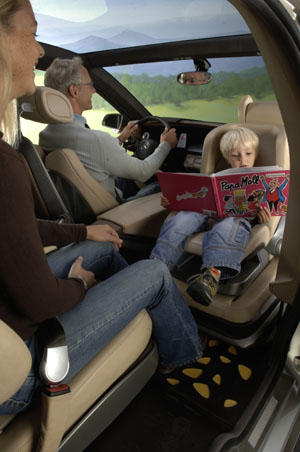 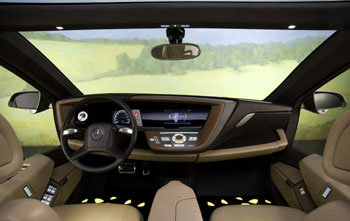