New car market down 3.2% in September

However, while overall registrations are down, diesel has continued what seems an inexorable rise in popularity. That may well have a lot to do with soaring fuel costs and the economy benefits that diesel brings to drivers."

"If a slight depression has descended for some, following today's new car registration figures - which show a dip of 3.2% in September 2005 to 417,052 units, with year-to-September figures down 5.2% at 1,971,880 units - it can be explained to a large extent by the 'Rover' effect," said Sue Robinson, director of the Retail Motor Industry Federation (RMI) National Franchised Dealers Association.

"However, it must also be recognised that we have sold more cars in the first nine months of 2005 than in the whole of 1995 - only ten years ago," she said. 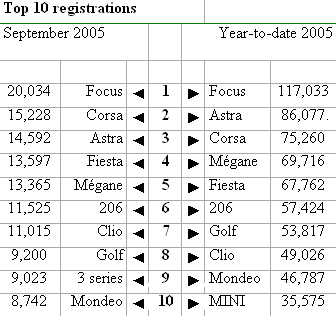 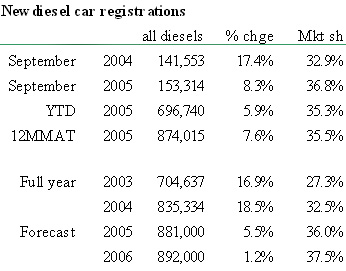