Was this article useful?
Click the thumbs up >
Volvo will unveil a new roadster concept at the SEMA tuning car show in the US.

The T6 roadtster has been in development since 1998 and represents a more extreme design vein for the Swedish manufacturer.

The T6 share engine and parts with the S80. The car is fitted with a tweaked 2.9-litre 300bhp engine.

"The car came to our attention from its owner, Leif Tufvesson," said Anne Belec, president and CEO of Volvo Cars of North America, LLC (VCNA).

The concept was built by Leif Tufvesson, a former Volvo employee in the prototype department, who started the project in his garage.

"When we saw the pictures, and the level of detail and quality that Tufvesson put into this vehicle, we knew it had a place on the stand at SEMA." 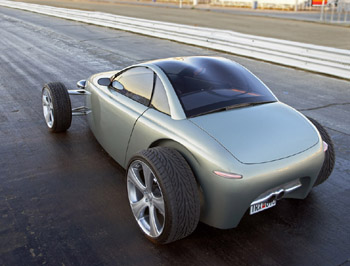 Volvo will also be unveiling a second concept called at the SEMA show, the XC70 AT off-roader. 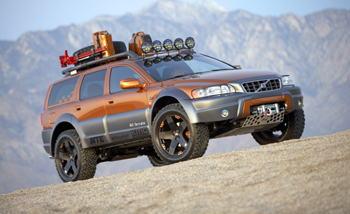 It features the 2.5-litre, 5-cylinder turbo engine that is normally found in the V70 R. The XC70 AT has a Garrett GT2835R turbocharger and ipd/MTE Stage III software upgrade package fitted which boosts power output to 408bhp. The XC70 AT takes Volvo's Four-C active chassis and adds custom air ride suspension offering 4-inches of adjustability via dash-mounted buttons.

The vehicles are on show now in the Las Vegas Convention Centre where the SEMA show is being held until tomorrow.