UK clinic for Mitsubishi i

Was this article useful?
Click the thumbs up >
A quirky city car unveiled at October’s Tokyo motor show could go on sale in the UK next summer – and dealers will be given the choice whether or not to put it in showrooms.

The Mitsubishi i, a four-seater urban runabout, reaches showrooms in Japan in January, when the Colt Car Company, will bring a handful to the UK fore.

MD Jim Tyrell says: “At that point we will hold a big clinic so dealers can familarise themselves with the car. If we give it the go-ahead, it will be up to them whether they want to sell it or not.”

Not everyone will want the car; which is 48cm shorter than the Colt they already offer. At 1.47m wide it is considerably narrower.

Powered by a 600cc turbocharged three-cylinder engine mounted over the rear axle, the car develops 64bhp and has a top speed of 85mph.

Mitsubishi says the next generation i, in 2010, will have electric motors fitted in each wheel hub.

Tyrrell said: “We could sell hundreds, if not thousands.” 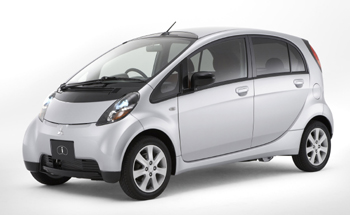