Was this article useful?
Click the thumbs up >
Prodrive is using the 2006 Autosport International show for the world premier of its new P2 sports car in January.

The two seater has been developed by the motorsport and automotive technology specialist, which runs the Subaru World Rally and Aston Martin Racing teams, to showcase its technologies and engineering skills. It was also built to demonstrate its ability to design and build a unique road car in less than a year.

The P2 has an Impreza STi engine, transmission and four wheel drive system. Prodrive has added its own active handling system (ATD) and an engine turbo anti-lag system developed from its Subaru World Rally Cars.

The entire design, engineering and build of the car has been carried out at Prodrive’s facilities at Banbury and Warwick in the UK.

There are no plans to put the car into production, but Prodrive said it would be priced at £40,000 if it was ever to go on sale. 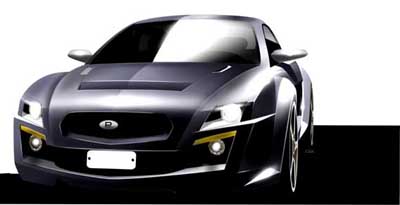