Audi updates A4 and A6 range

Was this article useful?
Click the thumbs up >
Audi has enhanced its A4 and A6 ranges.

Standard versions of the A6 saloon and avant have been given an alloy wheel upgrade from a 16-inch 9-arm design to a 17-inch 5-spoke ‘star’ wheel and a high gloss pack that adds aluminium window trim strips, door handle surrounds and sill inserts.

Inside, the standard A6 climate control has been replaced by ‘comfort air conditioning system plus’ that until now has been fitted only to 4.2 V8 quattro models. Until December 2006, four-cylinder A6 2.0 T FSI and 2.0 TDI versions will also be equipped as standard with a six CD autochanger and CD ROM satellite navigation – a combined feature previously available at an extra cost of £1,250.

The option to upgrade to DVD-based satellite navigation, including a higher grade of MMI system with a seven-inch colour monitor replacing the standard monochrome screen, has also been reduced in price to £500.

Both the A4 and A6 2006 models are available to order now for delivery in the New Year. 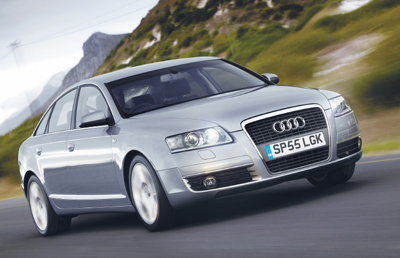 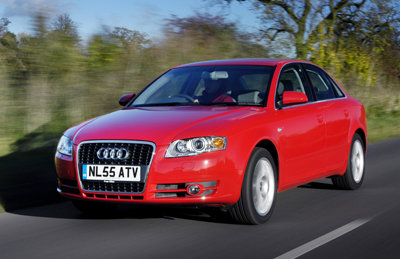