Was this article useful?
Click the thumbs up >
Prices of new city cars are on average 4.3% cheaper than they were during June last year, according to the What Car? Price Index.

The index, which has monitored new and used car prices in the UK for the past seven years, also shows that new cars are, on average, 0.1% more expensive than they were 12 months ago.

The What Car? Price Index also shows that the biggest price rise this month was in the compact executive class, where cars now cost 3.5% more than they did a year ago.

Luxury car prices have also increased by an average of 2.5%.

Second-hand and nearly new prices are continuing to fall. According to the index figures three-year-old cars are 5.7% cheaper whilst one year-old models are on average 11.4% cheaper than they were this time last year. 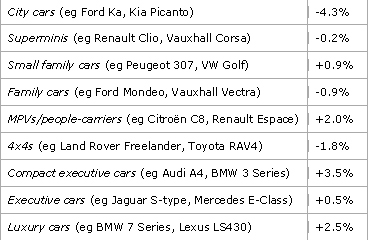 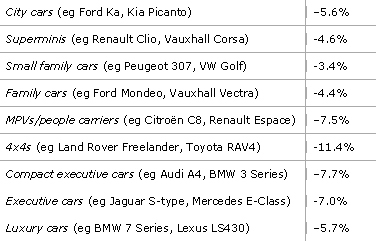