The reason for the fall in production was pinned on the collapse of MG Rover, who accounted for 93% of the drop.

Export levels were down 0.6% over the first seven months of 2005 and according to the results.

“Production in July was dominated by the loss of manufacturing at Longbridge, pitted alongside the start of the annual summer shut-down at UK carmakers. Exclude MG Rover from the figures and you actually see a year-to-date increase from the other car manufacturers,” says Christopher Macgowan, Society of Motor Manufacturers and Traders chief executive. 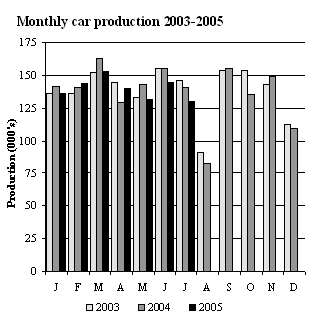