Was this article useful?
Click the thumbs up >
Vauxhall’s new Vectra and Signum will reach UK showrooms on Saturday and both will carry the new 2006 model year faces.

A new V6 2.8-litre, twin scroll, turbocharged, 228bhp aluminium petrol engine is added to the Vectra and Signum ranges and the 3.0-litre V6 CDTi diesel engine has been revised with lower emissions and power output raised to 182bhp. 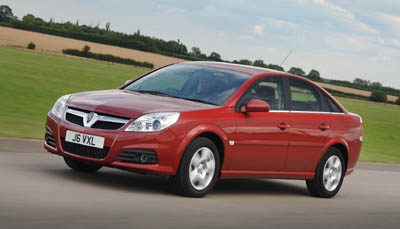 Vauxhall have added a new low price Exclusiv trim level to the Vectra 5-door hatchback and estate model line up. Exclusiv is also available on four of the seven Signum model derivatives.

Annual Vectra sales reached 70,000 units a year three years ago but sales have levelled off to 45,000 units a year. Andrew Cullis, Vauxhall product communications manager, said: "The majority of these reduced sales for Vectra has been brought about by our customers switching to the Zafira medium sized MPV range or down-sizing to the new Astra models. We expect the Vectra range to maintain its level of 45,000 annual UK sales and Signum sales are expected to remain at around 5,000 units a year."

He added, "We need to do more to capture younger customers. The new styling seen with the introduction of the latest Tigra and Astra ranges to be followed by the all-new Corsa at the end of 2006, will do this for us." 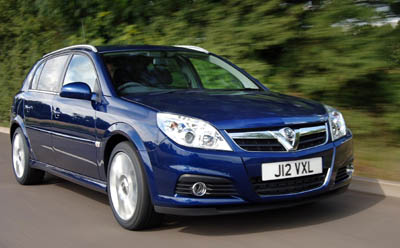