Was this article useful?
Click the thumbs up >
Toyota’s newly launched Hilux light commercial is now ‘one size up’ from the model it replaces, which goes on sale on Saturday. 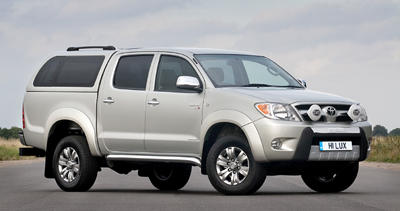 Built to withstand wear and tear, it comes with seats finished in a hard-wearing cloth and vinyl floor trim. The 4WD version rides on larger, 16-inch wheels and has a rear differential lock.

The newly revised model is equipped with the choice of three trims, HL2, HL3 and Invincible.

The Hilux is powered by a 2.5-litre D-4D diesel engine, featuring a second generation common rail system. It develops 101bhp at 3,600rpm and is tuned to deliver two different torque outputs: up to 260Nm for 4WD versions and 200Nm for 2WD models. 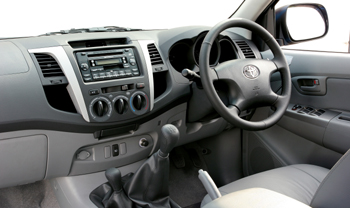