Was this article useful?
Click the thumbs up >
Toyota has introduced a lounge on wheels to the motoring world with its latest concept vehicle, the F3R.

The F3R, which made its debut at the Detroit Motor Show, was a joint creation between Calty Design Research, Toyota's California design studio, and the company's California-based advanced product strategy group.

Toyota says it has attempted to create a car which serves as transport and an entertainment area and is powered by a hybrid synergy drive engine. The design team came up with three sets of seats, each composed of metal-edged bottoms, asymmetrical backs and semi-integrated headrests. They provide a lounge area for eight passengers.

The concept is fitted with two track-mounted flat-panel video screens. These allow passengers to watch movies or play videogames, controlled by a remote which docks in the F3R’s dash. 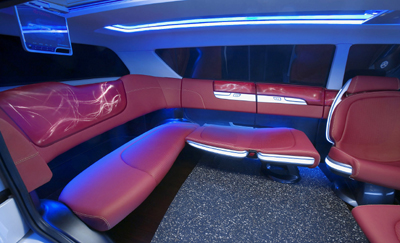 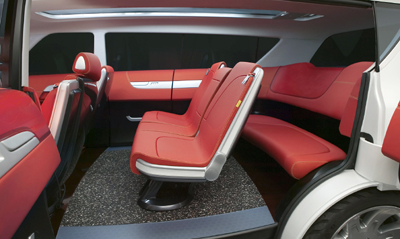 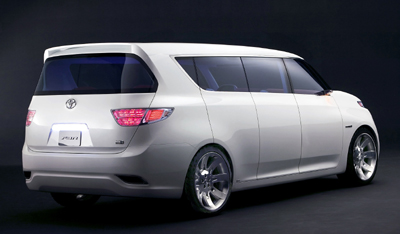